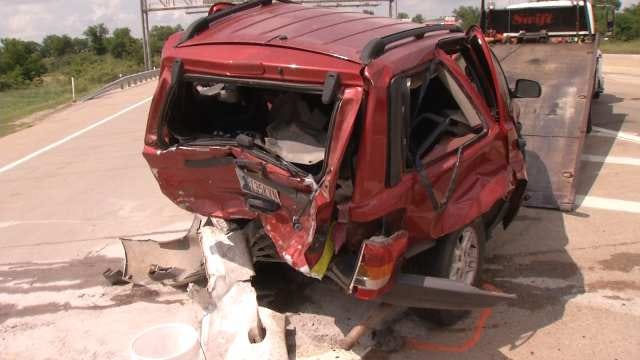 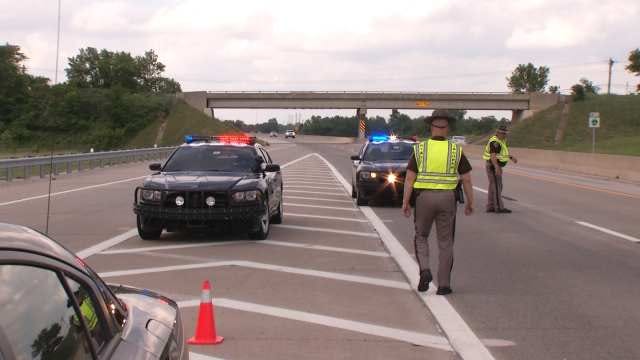 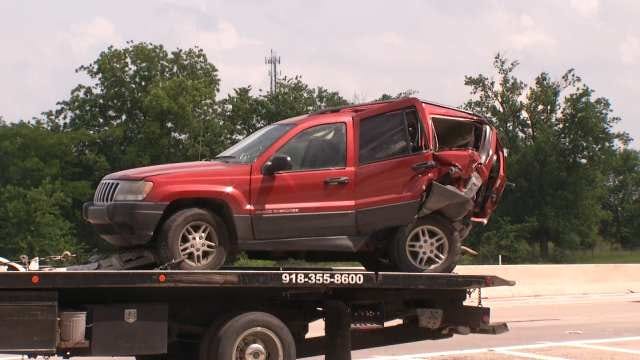 The Oklahoma Highway Patrol worked a wreck on the Muskogee Turnpike at the Coweta exit on Sunday afternoon.

It happened in the eastbound lanes around 1:30 p.m. A Jeep Cherokee, driven by 21-year-old Aubrey Taylor of Sand Springs, was hit in the rear by another SUV, according to an OHP report.

An 8-month-old riding in the Jeep was taken by medical helicopter from the scene to a hospital in critical condition, OHP said. The child's mother and a 2-year-old also were taken to a hospital by ambulance.

Brooks Shaw, 56, of Keota, was driving a Toyota Highlander and was not injured.

Troopers said it appears that Taylor was stopped on the turnpike in the left lane and attempting to turn across the right lane and exit at the last minute.

The Highlander had just changed lanes to prepare to pay the toll at the plaza and it struck the Jeep in the rear, the report says.

The two children were in child seats in the rear of the vehicle, but the impact was severe enough that part of the vehicle was crushed.