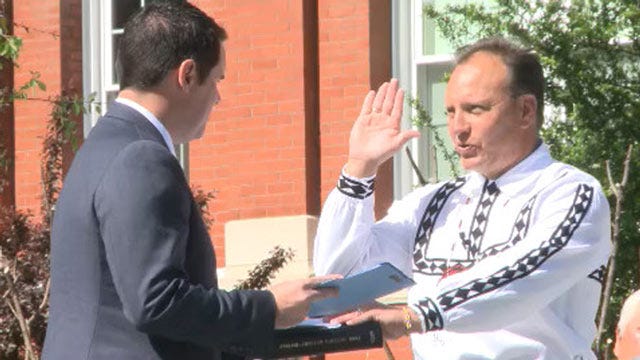 The Choctaw Nation has a new chief.  Gary Batton was sworn in as chief of the tribe during a ceremony Monday in Durant.

Batton succeeds Gregory Pyle, who recently retired from the post.

Batton told KXII, the CBS TV affiliate in Sherman, Texas he will do his best to preserve the heritage and traditions of the tribe so that everyone can understand and appreciate its history and future.

"I want to become the number one employer in Oklahoma and love for the Choctaw Nation to become world renown in the future," said Gary Batton.