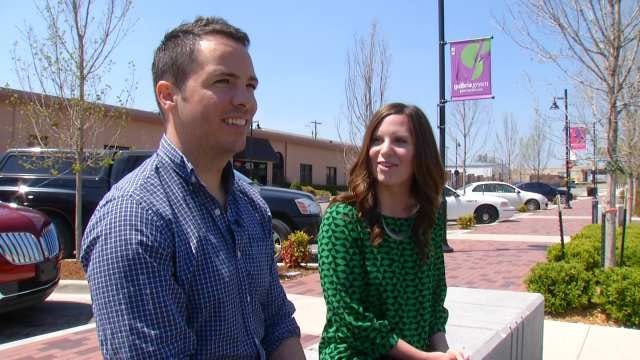 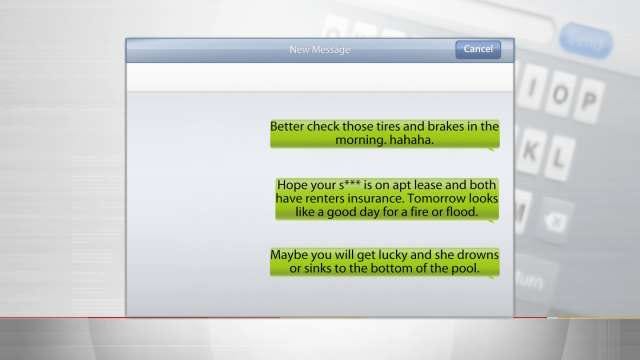 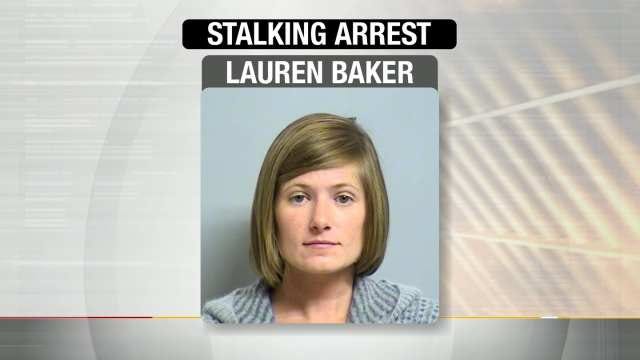 A Tulsa woman, who pleaded guilty to stalking and violating a protective order, is seeking probation. But, the victims say the case has been so extreme, and lasted so long, that they want to see her go to prison.

They say she's followed them and sent vulgar and threatening text messages; even protective orders, felony charges, probation and an ankle monitor didn't stop her.

Ashley Tickel and Steven Province have been dating about a year, they say during that time, Province's ex-girlfriend has followed them to various occasions, texted relentlessly, damaged Steven's car and harassed Tickel.

"Her behavior is accelerating. She's never going to stop, it's a continuous obsession, it's sick, it's twisted," Tickel said.

Both of them got protective orders last March, but say things only got worse. They showed me dozens of messages, some vulgar, some mean others were threatening:

"Better check those tires and brakes in the morning. Hahaha."

"Hope your s**t is on apt. lease and both have renters insurance. Tomorrow looks like a good day for a fire or flood."

"Maybe you will get lucky and she drowns or sinks to the bottom of the pool."

They say she left a threatening voicemail, that said, in part:

"You really should've listened to what I said and done yourself a favor and not done this. You're not ready to date someone again because I'm about ready to make her life a living f------ hell. So have fun. Bye."

"That's a clear threat that she followed through with. That's why I take the threats of cutting the brakes, setting houses on fire, stabbing her, I take those serious because I've seen her threaten us and follow through with it."

Records show police arrested Lauren Baker last fall for damaging Steven's car and stalking. After agreeing to a four year suspended sentence in that case, records show she was arrested for stalking and violating the protective orders again last October.

She's pleaded guilty, and a judge will decide her punishment on Monday.

"Until something's done, she's punished, not just a slap on the wrist, she's never going to stop. We're going to be tormented the rest of our lives," Tickel said.

Baker's attorney didn't have a comment other than to say they trust the judicial process and believe the courtroom is the correct place for this to be decided.

However, court documents he filed show Baker had a good job at Bank of Oklahoma and had never been in trouble with the law. The documents say the break-up, followed by Baker losing her job, caused the onset of mental illness and her behavior was out of character.

They say she's getting counseling and is sorry. The attorney is asking the judge for probation so Baker can relocate to Oklahoma City with her family.

Prosecutors tell me they plan to show evidence of just how aggravated this case was for the victims.