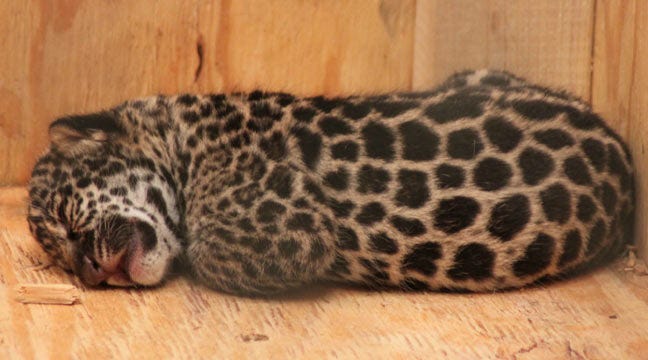 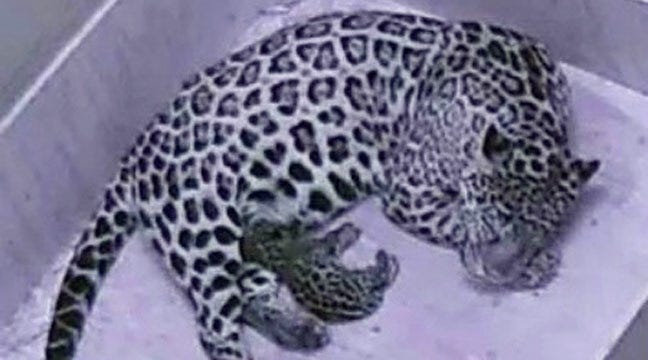 Tulsa Zoo is sending out birth announcements on behalf of jaguars Ixchel and Bebeto. The furry couple is proud to announce the birth of a cub on March 26, 2014.

The as yet unnamed cub is the third jaguar born at the Tulsa Zoo, a news release states.

It's the second successful birth for the jaguar pair, adding to the more than 100 jaguars in North American zoos accredited by the Association of Zoos & Aquariums.

The cub is not yet available for viewing.

"The cub's first 30 days are critical, so both mom and cub will remain in a private, off-exhibit den in the Tropical American Rainforest," said Sarah Floyd, Tulsa Zoo.

Patrons got to name the first two jaguar cubs born to the Zoo in April of 2012, Kabah and Chac. Jaguars are classified as "near threatened" due to habitat loss in their native Mexico, Central and South America rainforests.

Floyd said the Zoo will determine the naming process for the new cub once its gender is established.

Sadly, a sibling to the cub was stillborn.