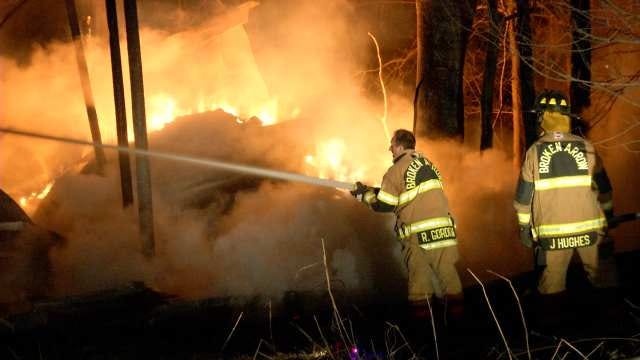 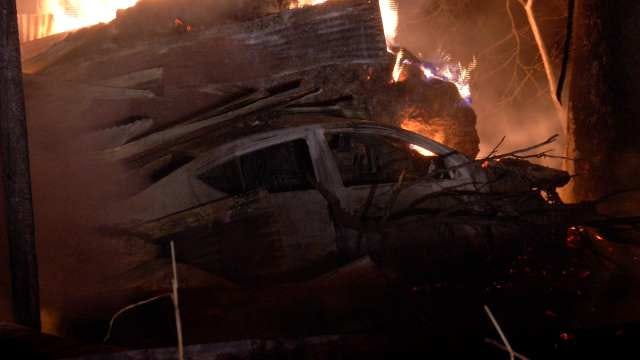 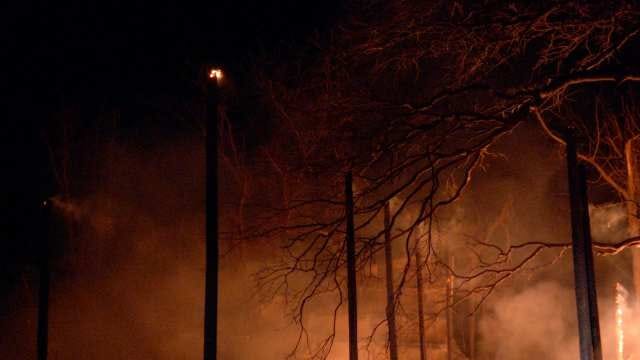 A car crashed into a large barn in Broken Arrow, apparently sparking a fire. A passerby called it in around midnight, according to Gerald Stroup, Battalion Chief, Broken Arrow Fire Department.

Crews found a pole barn at the end of 141st Street South just west of 193rd East Avenue engulfed in flames. A four-door car was abandoned inside the burning barn.

Authorities believe the driver failed to see the dead end signs at the intersection and crashed into the barn before leaving the scene.

"People are unattentive late at night," Chief Stroup said. "They're driving along, and some of these streets in Broken Arrow in the rural areas just don't go all the way through.

"If they're not familiar with the area, they may not know," he said. "The grass is wet and the ground is pretty soft, so even if they were driving the speed limit, it would make it difficult to come up this road and make a safe stop."

Stroup said at this point, all he can confirm is that there was a structure fire and a car found in the barn that wasn't there earlier in the day. The Oklahoma Highway Patrol and fire investigators will do further work to determine the cause.

"They'll be able to come up with a lot more intelligence on what happened here than I can," he said.

The pole barn burned to the ground.