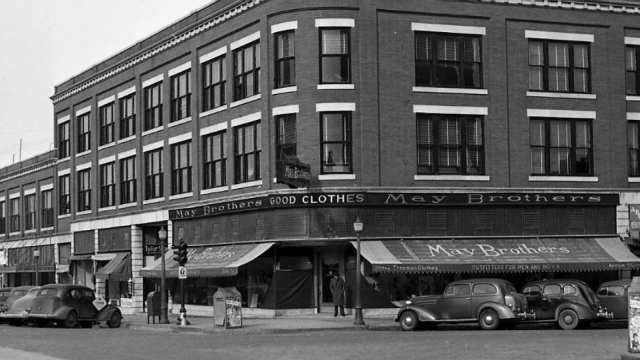 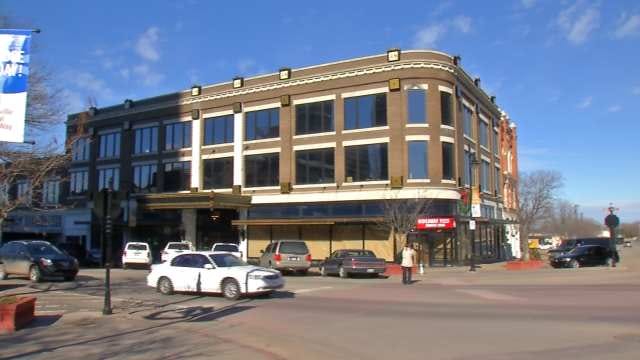 After an arsonist gutted an historic Bartlesville building, no one thought it would rise from the ashes and regain its landmark status.

The Johnstone Building has stood in downtown Bartlesville since 1910.

Four years ago it was destroyed by fire.

Originally just called The Johnstone Building, it sat at the corner of Johnstone Avenue and Frank Phillips Boulevard.

The main tenant was the legendary May Brothers and their menswear store.

In 2009 the building was all but lost to an arsonist.

Robert Boyce pleaded guilty to starting the fire and faces 25 years in prison.

A year later, just hours before the building was to be demolished, Clyde Sare stepped in and bought it.

"I'm a Bartlesville native. I was born here, I've lived here all of my life, very proud of my city and hoping that this is a gift back to the city to save this building," Sare said.

Now called the Johnstone-Sare Building, it's been remodeled from the ground floor up.

Sare was able to restore the original handrail for the staircase, the floor tiles in the entryway, and the ceiling tiles. Everything else is new and modeled after the roaring 20's.

"We have rebuilt it in a way that fits modern day time but it still has been done in a style of the past," said Sare.

The building already has a coffee shop, and Hideaway Pizza is expected to open mid-March.

Sare has added a deck on the roof for parties and he's leaving the second and third floors open for the community to rent.

He plans to build loft apartments in the building behind that was also damaged by fire.

Dean Robertson of Downtown Bartlesville, Inc. said, "It's a blessing to have it, a blessing with what they've done with it."

Downtown Bartlesville, Inc. says the new building is evidence of the growth happening downtown where 50 new businesses have opened in the past three years.

"It shows proof to the people of our community and to downtown. The commitment made by a lot of people that want to see downtown prosper again," said Robertson.

Clyde Sare has a special attachment to the building.

His father worked here when Sare was a young boy and Sare himself rented an office in the building in the 50's.

He's proud to see how the building has bounced back from such a devastating fire.

"This was one way I could give back to my community," said Sare.

A big celebration is planned on New Year's Eve when the building is rededicated with a ceremonial turning on of the lights.