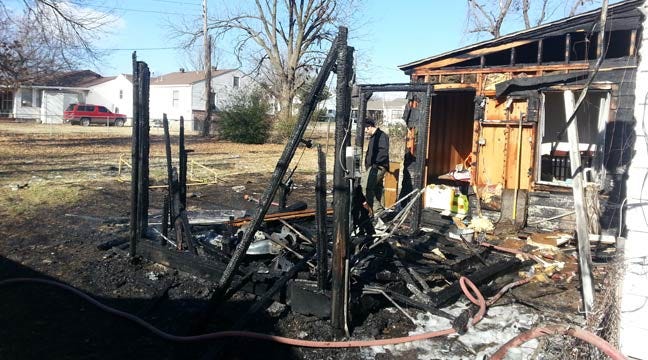 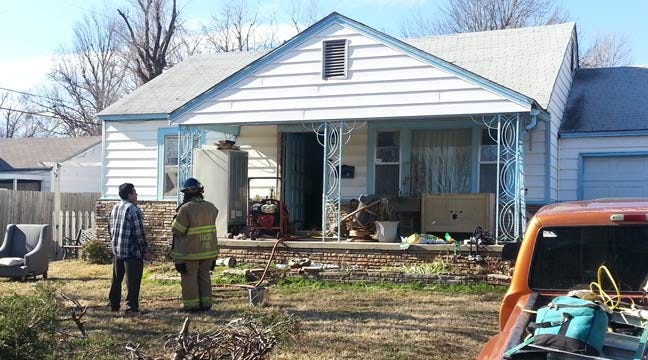 Tulsa firefighters responded to a house fire in the 200 block of South Fulton Avenue after an explosion was heard at about 10:45 a.m.

The fire appears to have started in a shed behind the midtown Tulsa house. Authorities believe gas grill propane tanks stored in the shed exploded.

District Chief Jeremy Moore said fire crews made an interior attack on the home, putting the fire out as they went and making sure everyone was outside. They then extinguished the fire in the shed.

The Red Cross has been called in to help the family of two adults and five children who will be temporarily displaced. Only the husband was home at the time of the fire because the rest of the family was at church.

The man had a flash burn from trying to put the fire out himself using a water bucket, Moore said. He did not require medical assistance.

"We would advise all of our citizens: immediately call the fire department and let us come out and take care of it using our protective equipment. Don't put themselves in any kind of peril," Moore said.

Investigators are working to determine the cause.