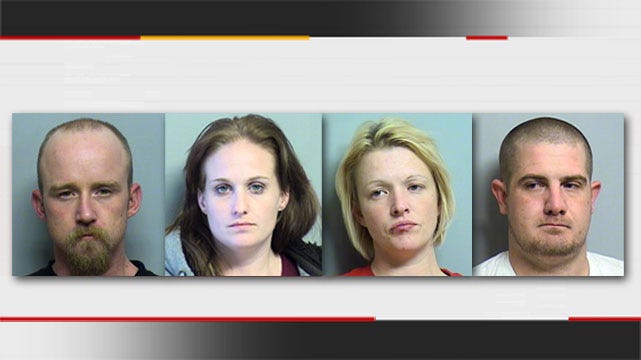 Tulsa police and postal inspectors say four people are in jail tonight for stealing mail and using that mail to make counterfeit checks.

Rex Tuggle and Andrea Ballard reportedly admitted being part of the operation.

They say he exchanged drugs for stolen mail and they say she bought stolen mail to make counterfeit checks.

Kyle Hunter and Christy Burge were arrested on warrants but are looking at federal charges in connection with the case.

Surveillance video from homeowners was key in catching Hunter, according to investigators.

Hunter reportedly followed mail trucks and stole mail moments after the letter carrier put it in the box.

They say he also planned to steal a mail truck.