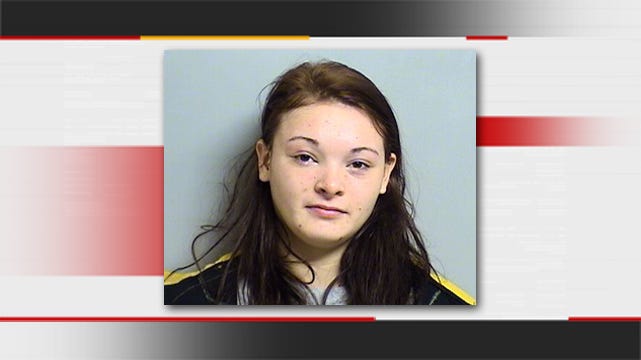 Owasso Police are investigating a case of stolen mail. They arrested Kristen Kay Pearson and are looking for another person.

Police say the pair stole about 75 pieces of mail from homes in the Fairways housing addition.

An officer was called to the Owasso neighborhood when someone reported seeing a suspicious white truck pulling up to mailboxes in the 9000 block of North 100 East Avenue. The officer found the truck and saw a man leaning out from the driver's side pulling mail out of a mailbox.

An arrest report states the man got out of the truck and jumped a privacy fence after seeing police. They gave chase, but he escaped.

Police arrested Pearson, 19, and learned the truck had been stolen from Tulsa. They also found about 75 pieces of mail, paraphernalia, personal checks, a bag of marijuana and several gift cards.

Pearson was booked on several felony complaints of possession of stolen property, unauthorized use of a vehicle, possession of marijuana and paraphernalia.

Detectives will contact each victim in the mail theft case.