Newspaper Finds Oklahoma Inmates Active On Facebook From Within Prison 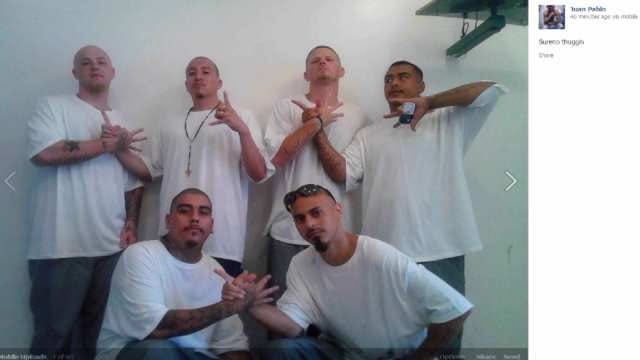 Even though it is against prison rules, several inmates within the Oklahoma corrections system are active on Facebook.

The Oklahoman reported Sunday that nearly three dozen inmates have been disciplined since January 2012 for posting about their lives online. It also reported that it has found three dozen other inmates online, but undetected by prison officials. Typically, inmates who are caught lose their good-behavior credits.

Some of the inmates are convicted murderers, another is an armed robber and another is in prison for raping a juvenile.

The newspaper reported that some inmates are even posting photos, including 26-year-old Clifford Putman, a convicted murderer with 200 photos online.

News On 6 reported in July about Dwight Holmes, who goes by "Juan Pablo," posting pictures and videos of himself and other inmates on Facebook from inside prison. He was in the medium security Mack Alford Correctional Center, in Stringtown, on charges of damaging or tampering with a vehicle, assault with a deadly weapon and threatening to perform an act of violence.

In one post on Facebook, back in July, Holmes mentioned he was supposed to be getting out within a month.

After our report, Holmes was transferred to the maximum security Oklahoma State Penitentiary in McAlester, where he remains.

The Oklahoma Department of Corrections said the smuggling of cell phones in the prison is as big a problem as drugs and tobacco.

Last year, a guard reported being contacted on Facebook by an inmate. He said he recognized the photos from the prison cell.

Newspaper Finds Oklahoma Inmates Active On Facebook From Within Prison