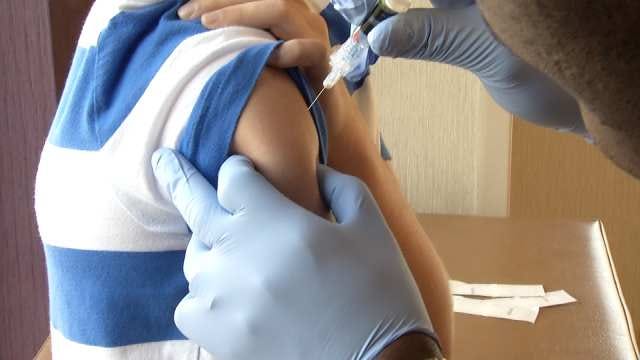 Texas has issued a statewide medical alert after the resurgence of measles, something we haven't seen in Oklahoma for nearly two decades.

So far, 20 cases have surfaced in Texas, with most of them in the northern part of the state.

A local pediatrician says it's only a matter of time before it comes to the Sooner State.

The last time Oklahoma had a reported case of measles was 1997.

While most get the MMR or measles, mumps and rubella vaccine before they start school, not everyone does.

"I worry, I think most parents do," Angela Reames said.

Reames' children are among 97 percent of Oklahoma kids who were, or will be, vaccinated twice before they enter kindergarten.

"It's bad enough that they all get sick at the beginning of the year," Reames said. "If you can prevent something -- why not?"

But Reames says not all parents agree.

"A lot of them that believe that the vaccines don't really work, or that they are unnecessary," she said.

A local doctor said measles will creep into Oklahoma.

"I am 100 percent sure we will see measles here as some point," Dr. Jessica Keller said.

Keller –- at St. John Pediatric and Adolescent Care -- is among the doctors in Oklahoma who are once again looking for signs of the measles after the Texas outbreak.

"Because we know there are these pockets," she said.

The pocket with the most confirmed cases in Texas is around Fort Worth with 15.

Health officials in Texas believe all the cases are linked to one man who contracted the virus while traveling overseas.

"Because it is spread through the air, it just spreads like wildfire," Keller said.

In Oklahoma, children are required to get vaccinated before entering school, but parents can apply for an exception for religious, health or personal reasons.

Keller said some parents are also worried about a study linking the measles vaccine to autism.

"There's been many, many, many studies after that, which do not show that same link," Keller said.

In Texas, the majority of confirmed measles cases were in people without the vaccine.

Keller said it's highly unlikely to contract the measles after vaccination.

"If you get these two vaccines, you're considered immune for life," Keller said.

The Measles is so contagious, doctors won't even allow a patient they suspect has the virus in the waiting room.

There are no confirmed cases of the measles in Oklahoma.