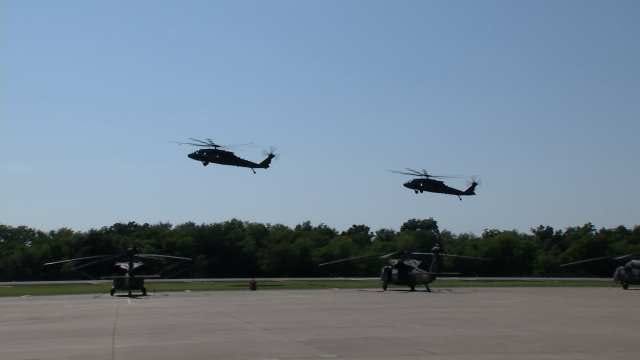 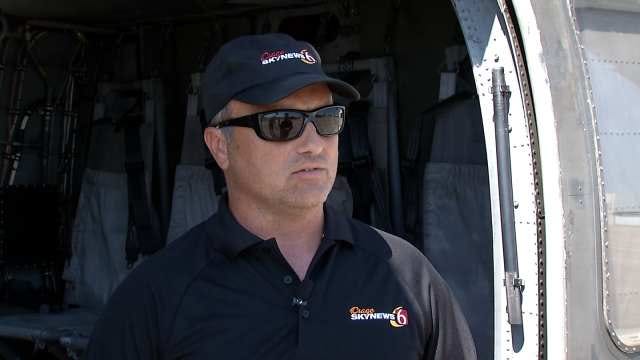 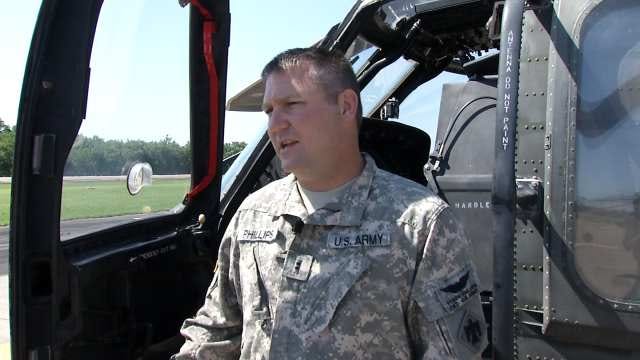 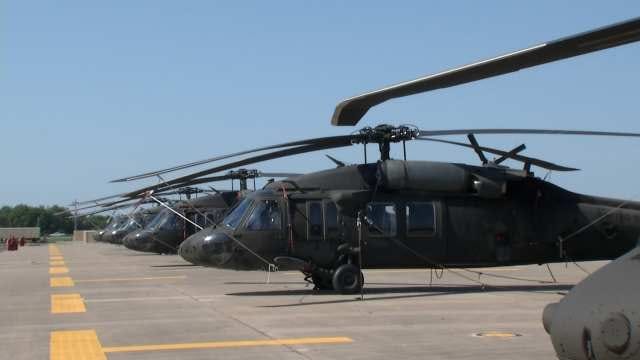 The Department of Defense made a $250 million investment in Oklahoma, and if you're driving down Highway 169, you might catch a glimpse of it.

Ten of the latest Black Hawk helicopters are coming to the Oklahoma National Guard base in Tulsa.

Oklahoma is just one of a handful of states receiving the brand new model of Black Hawk.

These new models will replace ones that are more than 30 years old.

"These are brand new right off the assembly line," said Osage SkyNews 6 pilot Will Kavanagh.

Before you can truly appreciate the multi-million dollar investment into the Oklahoma National Guard, Kavanagh, who flew Black Hawks in Iraq, said you need to see what they've been using for the past two decades.

"Most of those go to active duty and the guard gets the hand-me-downs," he said.

Some of the hand-me-downs on the Tulsa tarmac date back to 1979. Between them are thousands upon thousands of hours of support missions on the battlefield, air evacuations stateside and time spent hovering in the air collecting water to smother brush fires.

"We were really limited. A couple times it got pretty close there, if we were going to be able to pick up enough water and still have the power to pull out of some of these ponds," said instructor Donnie Eldridge.

"It's pretty much the old Flinstones pedaling with the Alpha model, and this Mike model, we're going right into a Ferrari," Eldridge said.

And like any high performance car, plenty of attention has been given to the driver--or in this case the pilots.

"We went from old gauges that have been around for years to an all digital system," said Chief Warrant Officer Tyson Phillips.

Crews have spent the last year learning how to use the auto pilot and navigation systems.

"It's a very proven aircraft, so I expect I'll see this here for the rest of my career," Phillips said.

And they will spend another 18 months perfecting their skills so they can continue to execute the mission wherever they're needed.

"When you get that involved and you do that well, they are going to give you this equipment to do even better," Kavanagh said.

The rest of the new helicopters should come in two at a time over the next few months. They're all making a 10-hour flight from New Jersey.

They actually couldn't use computers in the old model because the bumpy ride would ruin the hard drives. That's been worked out by a new system called a force generator.