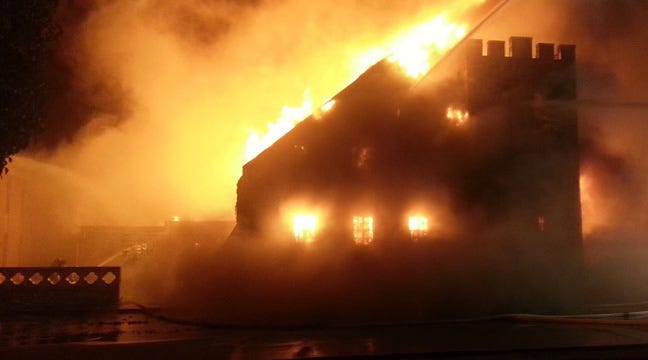 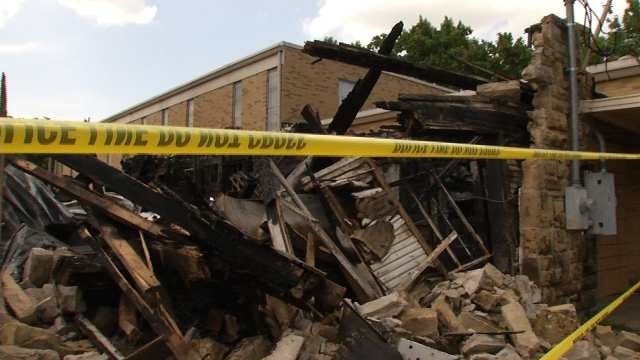 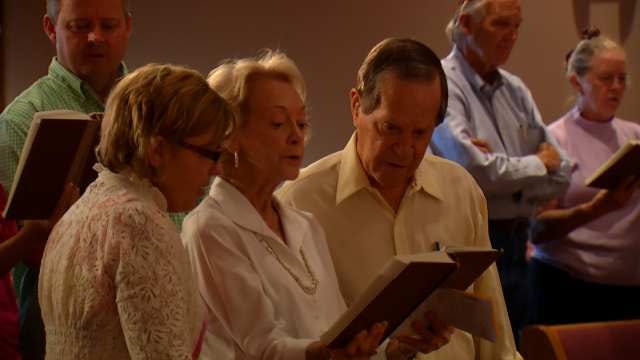 Christ Presbyterian in Claremore lost everything last weekend, except its faith and passion for the gospel.

On Sunday, the congregation held a church service for the first time since a fire destroyed its building.

Gaines' congregation barely filled the seats inside of this church Sunday, but it was the faces there that made the service special.

"We have many happy memories in the building, but only God knows why it was destroyed," Gaines said. "We trust him."

The Seventh Day Adventist Church has offered up its sanctuary to the small congregation of Christ Presbyterian.

It's the differences between the two that made this possible.

Besser said they have been approached by dozens of other churches offering the same thing... religious communities whose hearts went out to this group after a fire left their century-old building in ruins.

"Really when you look at it, the different denominations… they have a lot in common," Besser said.

Pastor David Schwenk's sermon focused on the unity that can be brought about in the face of tragedy.

The congregation spent most of Saturday digging though the rubble of what's left of its church. While not much was found, Schwenk said they had smiles on their faces because they know it's the people, not the building, who make the church

"It just makes you really appreciate your community," Gaines said.

For Gaines, the support has come full circle.

"The support we've gotten from our church family was unbelievable," he said.

Only a few months ago, it was the charred remains of his home that the congregation was going through following a fire.

"You're faith strengthens you," he said. "With your faith in God you know exactly what you have."