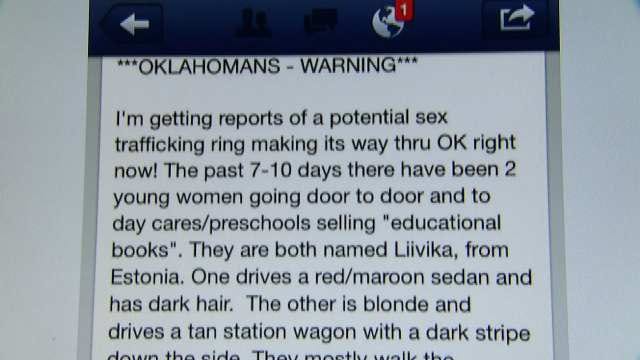 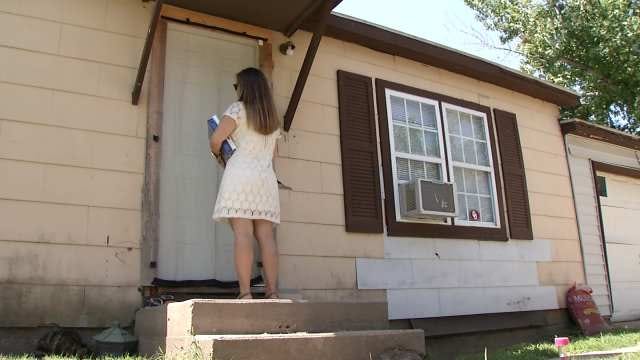 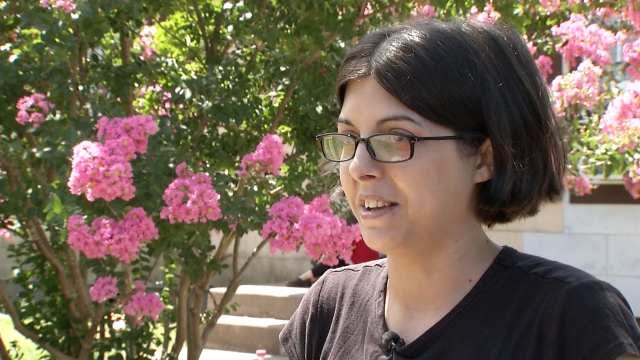 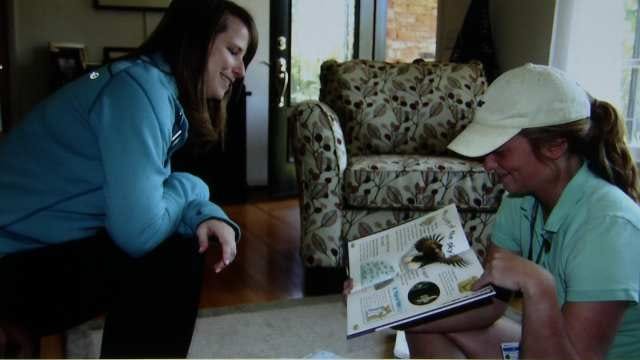 But it's the perfect example of why you should not believe everything you read on the Internet.

We talked with Broken Arrow Police who tell us these solicitors have a valid city permit and don't seem to be doing anything illegal.

Crystal Lusk is the mother of a 5-year-old girl. She recently received a knock on her door from a college-aged woman asking her to buy children's books.

"She was very pushy, wanting to come in my house, and I wouldn't let her in," Lusk said.

She said the woman's sales pitch felt like a scam.

"She kept asking me about my neighbors and if they have kids and if they would be willing to buy stuff from her," Lusk said.

A Facebook post has spread like wildfire to people in the area. It's a warning for Oklahomans, claiming the solicitors are from Estonia and are part of a potential sex trafficking ring.

"That kind of stuff just worries me, makes me sick, not just for my child, but for other people's children. It makes me sad hearing that kind of thing," Lusk said.

Officers say none of the young workers they've questioned are violating the law.

We did some digging and found the women work for a Nashville company called Southwestern Advantage. There's a summer sales program for college students that's similar to Mary Kay or Avon. Over the years, a number of well known figures, like Texas Governor Rick Perry, have gone through the program.

"It's a shame that Internet rumors or something of this nature puts a damper on that, because these college students are someone who work hard," said Trey Campbell, with Southwester Advantage.

Oklahoma is a hub for human trafficking, so when a stranger ask if kids live nearby, it immediately sends up red flags.

A Southwestern spokesperson said that question is an important part of their sales strategy.

"They try to save time and skip over people who don't have children, won't be prospects for the product," Campbell said.

Southwestern Advantage says some of the Oklahoma workers have been moved to other states because of the human trafficking rumor.

If one of these people comes to your door, you can verify if they're a Southwestern Advantage worker by going to their website.