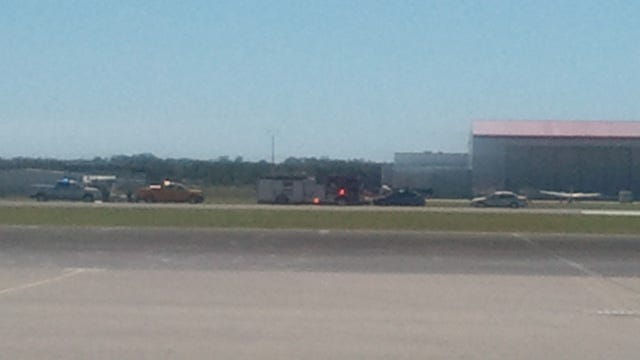 A single-engine plane with two people on board had a crash landing at Jones Riverside Airport in Tulsa on Saturday morning.

The pilot was reporting landing gear problems, and as the plane was trying to touch down, the gear folded up under it.

It skidded on its belly and came to a stop off the runway just after 10 a.m.

Neither the pilot nor passenger were hurt.