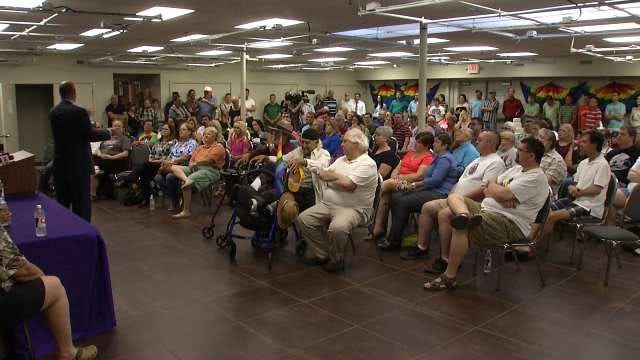 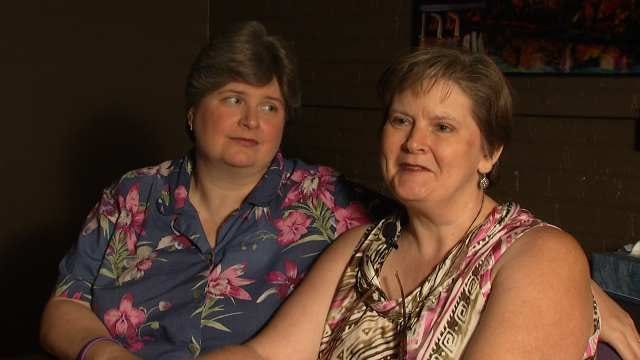 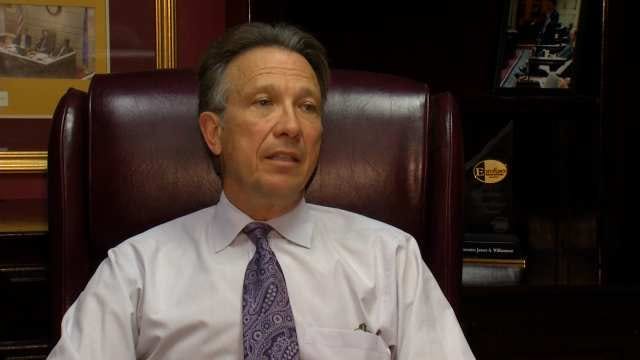 The United States Supreme Court Wednesday struck down the federal Defense of Marriage Act. But here in Oklahoma, there's still a Constitutional amendment that defines marriage as only between a man and a woman.

A Tulsa couple is challenging that amendment in court. The couple filed the lawsuit in 2004, just days after the amendment was added to the Constitution. They said Wednesday's victory sets a new precedent for their case.

Mary Bishop and Sharon Baldwin have been together more than 16 years. They had a commitment ceremony, but they are not officially married.

"We want to be married in Oklahoma, which is our home state," Bishop said.

In 2004, the couple filed a lawsuit against Oklahoma, after voters approved an amendment declaring marriage as a union between only a man and a woman.

They're still waiting on a U.S. Distict Court judge to make a ruling.

"If he was waiting for some sort of a road map to sort of indicate to him how he should proceed with our case, he got it in capital letters today," Baldwin said.

Wednesday was a remarkable day for Bishop and Baldwin. It started with a celebration in the morning at the Dennis R. Neill Equality Center and continued Wednesday night with another event.

"It was a very festive atmosphere. Everybody was elated," Bishop said.

Although Bishop and Baldwin feel this is a huge step in the right direction, the author of Oklahoma's amendment doesn't see how the Supreme Court ruling will positively impact the couple's case.

"It did not in any way affect Oklahoma law, is my understanding, and so it should not have any negative affect on Oklahoma's law being continued to be upheld here in Oklahoma," former State Sen. James Williamson said.

In a statement, Gov. Mary Fallin said "Seventy-five percent of Oklahoma voters supported a constitutional amendment... like the vast majority of Oklahomans, I support traditional marriage. I do not and will not support expanding the definition of marriage to include same-sex couples."

Bishop said it's time for Oklahoma to revisit the issue.

"I know there are a lot of Oklahomans who are unhappy about that, but we think times have changed since nine years ago when that vote happened," she said.

The couple is confident they will see another day of victory for the gay community. They say if they lose their case, then they'll take it to higher courts.