Carney Debris Falls In Hallett; Tornado Touches Down Near Prague 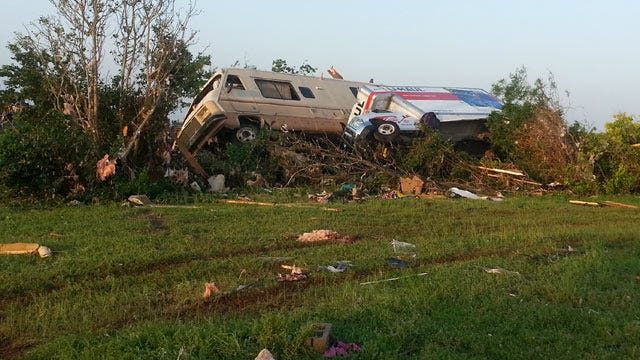 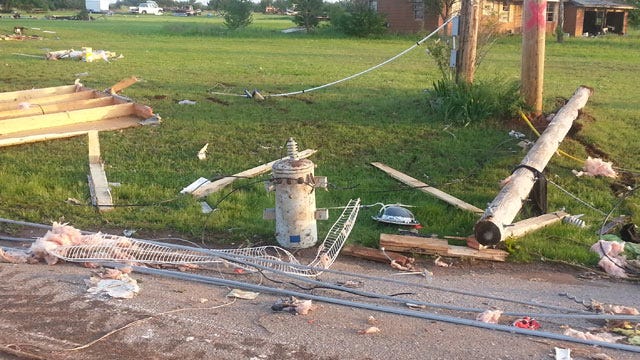 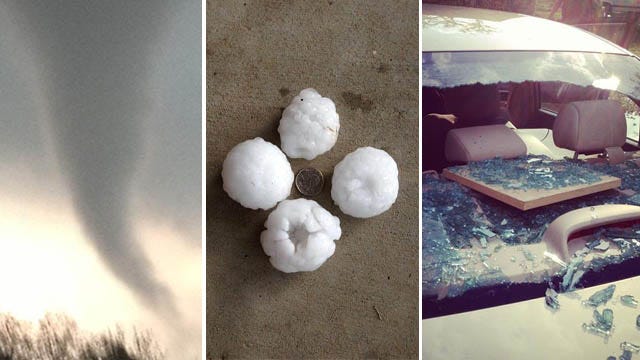 After multiple tornadoes touched down in the OKC metro area on Sunday, the storm system began moving into Green Country about 6 p.m.

A tornado warning for Pawnee County ended at 6:30 p.m., but residents in the southwest part of the county reported heavy winds and falling debris.

Cindee Sheets, of Hallett, said mail fell in her yard from Carney, where an earlier tornado left damage in its path.

Carney and Hallett are about 55 miles apart.

Several blocks of homes were completely leveled northwest of Shawnee.

Several injuries and one fatality have been confirmed east of Highway 102 on Independence. A mobile home park there was leveled. Some residents may be trapped in the damaged homes. Multiple vehicles overturned on Interstate 40 near Highway 177.

Debris from the Shawnee tornado fell in Bristow and Depew, and residents in south Tulsa reported finding soggy remnants of mail and newspapers from Shawnee, viewers report.

News On 6 Storm chaser Mark Folta reported hail and a tornado on the ground northwest of Prague on Oklahoma 99 about 7:10 p.m.

Creek County was under a tornado warning until 7:30 p.m., but the system began to weaken before it ended.

Most counties in the News On 6 viewing area are in either a severe thunderstorm warning or a tornado watch through at least 11 p.m. Sunday.

You can track the storms as they develop with News On 6's interactive live radar.

And NewsOn6.com has severe weather safety tips you might want to check out before the storms reach northeastern Oklahoma.

Carney Debris Falls In Hallett; Tornado Touches Down Near Prague