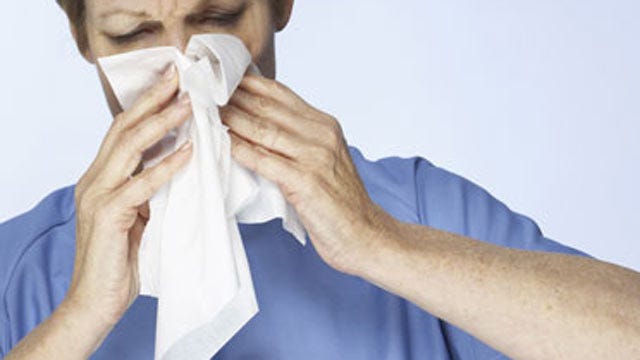 Numbers released Thursday by the Oklahoma State Department of Health show three more have died from the flu in the state in the past week, bringing the total number of flu deaths this season to 33.

3/7/2013 Related Story: No Flu Deaths Reported In Past Week Across Oklahoma

OSDH says the latest deaths were in Cotton, Tulsa and Washington counties.

The OSDH report shows there have been total of 1036 hospitalizations in Oklahoma since the start of the flu season on Sept. 30, 2012.

The flu season runs through May.