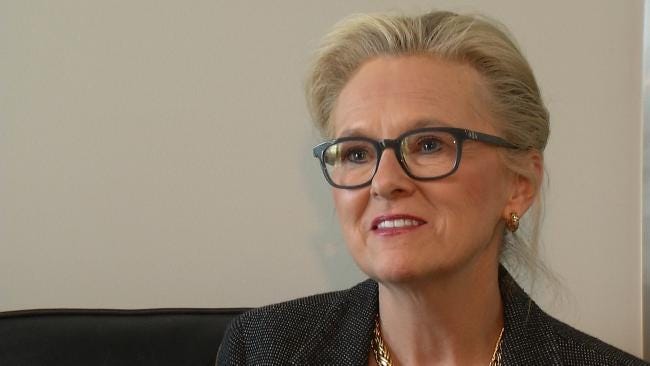 Aside serving as Mayor of Tulsa, her political experience includes a stint as an education adviser and secretary of commerce under former Gov. Brad Henry.

"I, of course, have a vision for Tulsa that's going to take us forward to a place where we're the great city that we deserve with the assets that we have," Taylor said.

Taylor and her husband also operate a family foundation.

As she did in her first term, Taylor said she won't take a salary if she's elected mayor again.

Current mayor Dewey Bartlett, a city councilman in the 90s, has yet to announce if he will seek a second term. In a statement Wednesday, he said it may be late next month before he makes any formal announcement.

Taylor is a Democrat, while Christiansen and Bartlett are Republicans. The City of Tulsa, however, has adopted new nonpartisan elections, which means if one of the candidates earn more than 50 percent of the vote during the summer 2013 primary, he or she will be elected outright.