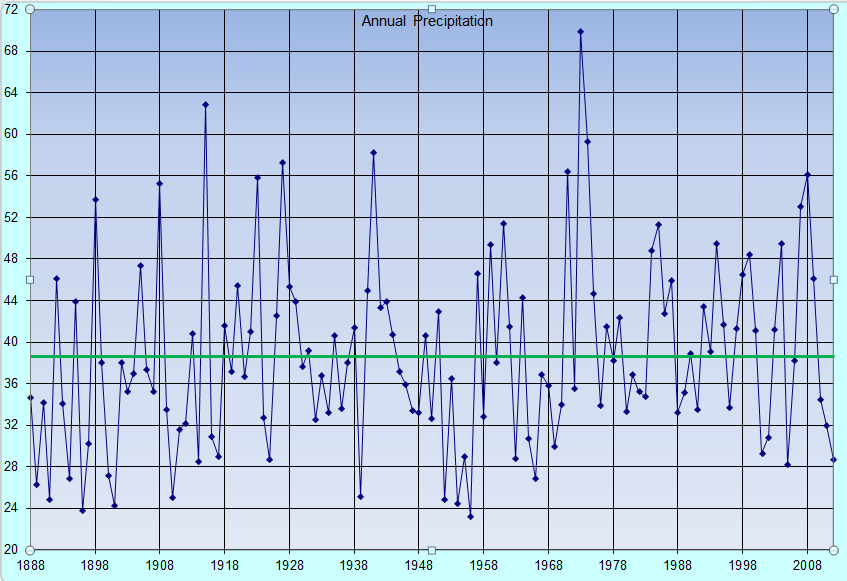 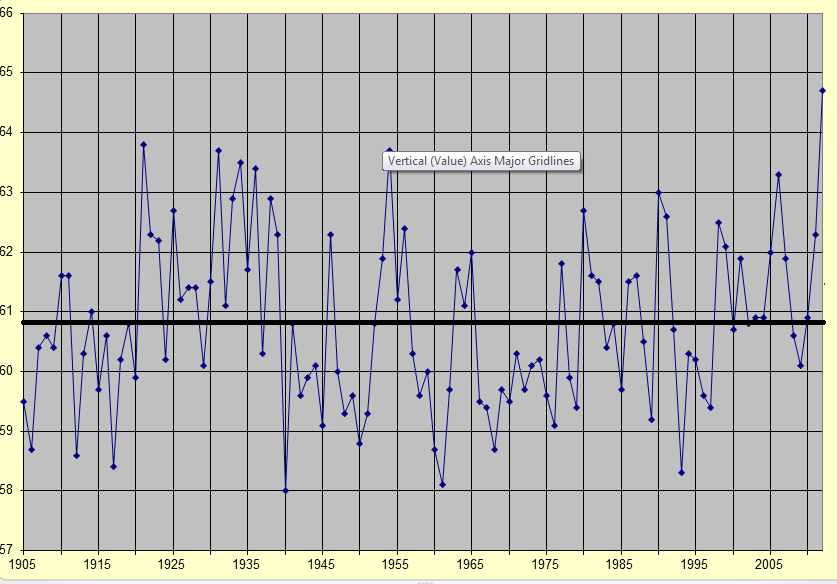 Happy New Year! Thought perhaps a look back at 2012 would be instructive; particularly since it has been such a notable year in many respects.

Will begin with moisture, or more specifically the lack thereof. Using the official records for Tulsa, 2012 ended with 28.74" which is the 11th driest calendar year on record and our records go back to 1888. More importantly, it has been three years now since we had a year that was wetter than normal. For those three years, we are more than 20" below normal and nearly 10" of that was in the past year. We had a brief drought period in 2001-2002, but it has been quite awhile since we have experienced a drought of this extent. In terms of ranking, the two driest consecutive years on record were 1955-1956, and the two year period of 2011-2012 rank as the 8th driest. The first chart on the right shows the annual precipitation totals for Tulsa.

Actually, the year began with adequate moisture as March was much wetter than normal and April was near normal. But, a flash drought began in May as we missed out entirely on what is normally the wettest month of the year and it has only gotten worse since then.

As for temperatures, the year of 2012 will go down in the record books as the warmest on record and our temperatures records go back to 1905. We blew past the previous record set back in 1921 by almost a full degree which is rather remarkable. That makes two straight years of much above normal temperatures, but 2010 was near normal and the two years prior to that were cooler than normal so it remains to be seen if we are going to be threatening the extended period of much above normal temperature that characterized the 1930s. The second chart on the right shows the annual temperatures for Tulsa. By the way, the horizontal line in each case is the average for the period of record.

However, there have been some notable temperature extremes this past year. For example, on July 31, 2012 the average temperature for the day was 100 degrees….that has never occurred before, even during the extreme heat of the 1930s. This is largely due to our nights being so much warmer due to the buildup of the urban environment around Tulsa over the years and the impact the urban heat island has, particularly on night time temperatures.

On a monthly basis, there has only been one month since Sep 2011 that has been cooler than normal, and that was Oct 2012. All the other months have been warmer than normal.

Those are just a few of items that can be mined from the rather short data record that is available for Tulsa. Hope you find this of at least some interest. As far as the state is concerned, it may be another day or two before that is all sorted out, but the most recent numbers I saw also had 2012 as the warmest year on record statewide. Of course, the drought has had statewide impacts as well.