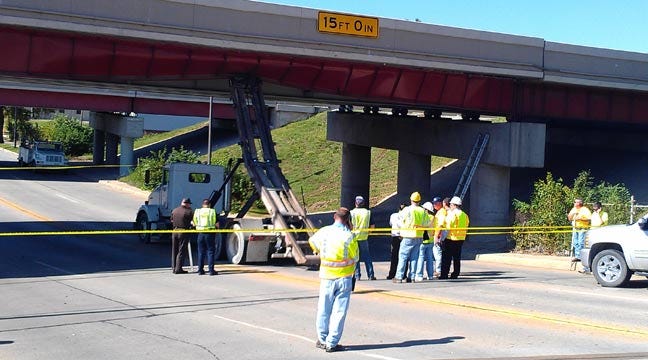 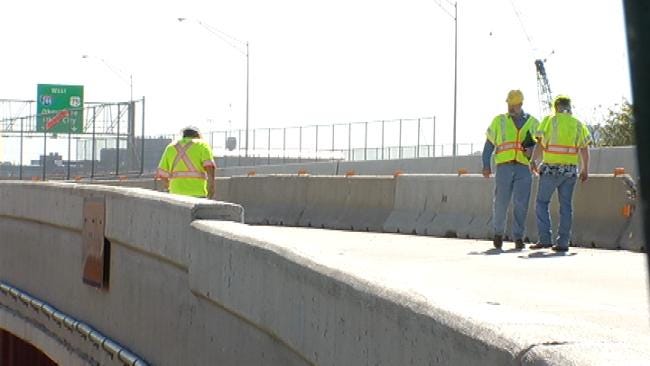 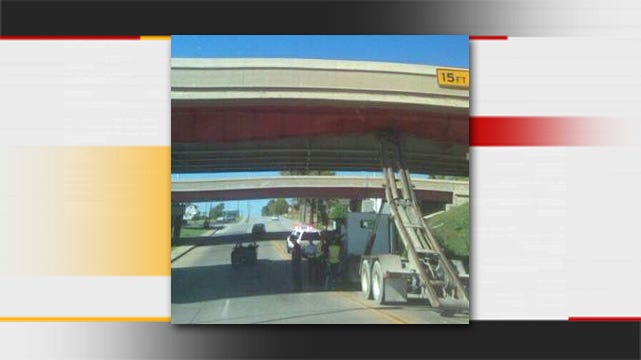 Eastbound Interstate 244 at the southwest corner of the IDL remains closed Tuesday after a container truck hit the bridge over 3rd Street.

Traffic is being detoured to eastbound State Highway 51/Highway 64 while crews determine if the bridge is safe, according to ODOT.

Crews have been working on the IDL since 2009. That section was finished within the last couple of days.

During the Monday lunch hour rush, a driver of a Smithey Environmental Services truck made a costly mistake.

The truck's hydraulically-lifted ramp was up, causing it to hit the I-244 overpass at Third Street, also known as Charles Page Boulevard, on the west side of the IDL.

"It's a big hit, as you can tell. It bent the beam almost 90 degrees under the deck and you can tell where the damage is with bars sticking out," said Martin Stewart, with ODOT.

Crews shut down the eastbound lanes of I-244, and diverted traffic to the south leg of the IDL.

"When the truck made contact with the beam, it came to zero stop," Stewart said.

That instant stop caused the driver to hit his head on the steering wheel.

He was taken to the hospital with minor injuries and was released Monday.

This section of the IDL is part of a $75 million project paid for by stimulus money.

ODOT said it's too soon to know how much damage was done.

"Right now, you can tell that it's lifted the roadway up off the beam, so it's a serious hit and we're taking it as such," Stewart said.

The truck's lift was jammed so tight under the bridge, it took a tow truck and a fire truck to get it out.

The street under the bridge was closed for three hours and ODOT anticipates the overpass will be closed at least through Tuesday.

"Better safe than sorry. We will keep it closed until we feel comfortable with traffic on it," Stewart said.

Until then, ODOT is asking drivers to avoid this area if possible.

Tulsa Police ticketed the driver for driving an unsafe vehicle.