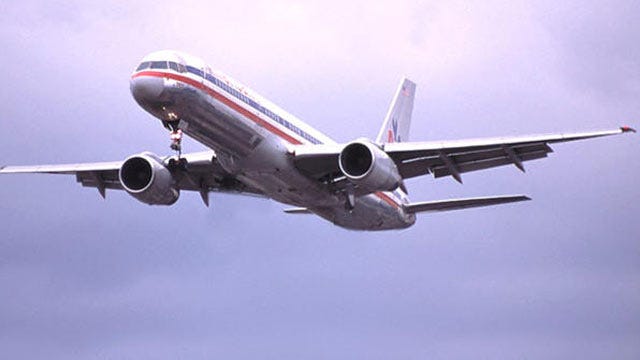 American said Monday that it would inspect those and six other Boeing 757 jets.

The Federal Aviation Administration said both planes had recently undergone maintenance work that required seats to be removed and reinstalled. American spokeswoman Andrea Huguely said an initial review found that there could be a problem with the way the seats fit into tracks on the floor.

"Out of an abundance of caution, American has decided to proactively re-inspect eight 757s today that could possibly have this same issue," Huguely said. The FAA said it is looking into the incidents but didn't provide many more details.

The incidents involved separate repair facilities and groups of American Airlines and contract workers, Huguely said. American flew engineers, crew chiefs and inspectors from its maintenance base in Tulsa to New York to examine the planes, she said.

American had 124 Boeing 757s as of December. The eight being inspected use a similar seat assembly, officials said.

The 757s that American operates in the United States have 22 first-class seats and 166 in economy.

On Saturday, a flight from Boston to Miami made an emergency landing in New York after three passenger seats came loose shortly after takeoff. The airline said there were no injuries, and passengers were put on another plane to Miami.

On Monday, an American flight from New York to Miami returned to John F. Kennedy International Airport after loose seats were discovered.

Airline and government officials discouraged speculation that the incidents could be related to labor-management tension at American, which is cutting labor costs and laying off maintenance workers as it tries to turn around under bankruptcy protection.

Last week American accused some pilots of conducting an illegal work slowdown that has led to a spike in delayed and canceled flights. The airline threatened to take the pilots' union to court.

On Monday, American continued to have more cancellations and delays than its rivals, according to tracking service FlightStats.com. But American's 17 cancellations and 61 percent on-time rating for arrivals were better than many of the airline's performances in September.

The delays and cancellations have annoyed passengers, but even the hint of mechanical issues could frighten them away and even threaten American's existence, experts said.

"These things can kill an airline," said George Hobica, founder of travel website airfarewatchdog.com. "With a delay or cancellation, you're sitting on the ground. (With loose seats) if the plane hits turbulence, people go flying."

Henry Harteveldt, a travel industry analyst in San Francisco, said that if travelers perceive maintenance to be lax, "passengers will start booking away from American Airlines in droves. This is very serious stuff."

FAA officials said they have stepped up scrutiny of American as they do with all airlines operating in bankruptcy protection. American and parent AMR Corp. filed for Chapter 11 in November.