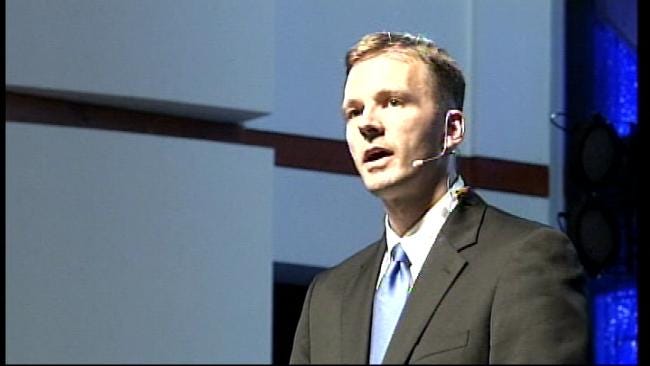 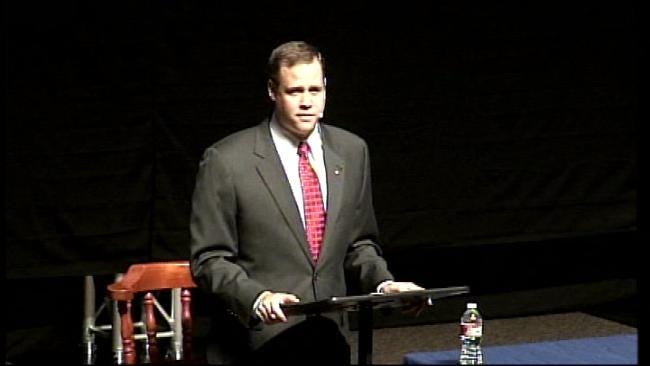 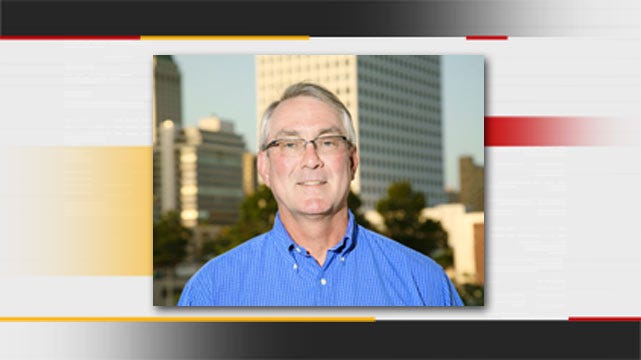 Two of the candidates in the race for Oklahoma's first Congressional District faced off in a debate Tuesday evening.

The candidates, both newcomers to politics, are running for the office, which John Sullivan has held for the past decade.

At a debate hosted by Oklahoma's Wesleyan University, Republican Bridenstine and Democrat Olson came ready and willing to trade jabs.

Both men share an agenda for the country, to balance the federal budget, but they disagree on the method to achieve that goal.

"If we really want to tackle spending, if we really want to tackle this deficit issue, what we have to do is really be serious about all programs. I'm talking about Medicare, Medicaid, Social Security, defense, discretionary non-defense—everything has to be looked at. Everything has to be on the table, and we have to get the economy growing," Bridenstine said.

One hot topic that came up was the recent violent attacks on U.S. embassies in the Middle East. Candidates were asked what they would have done in response to the assassination of the U.S. ambassador to Libya.

Olson said, "What we need to do is give Libya, give those countries in the Middle East, an opportunity to do the right thing, because, as of yet, they are not our enemies, but they are not our friends."

"I think that the solution is that we need to elect Mitt Romney in November," Bridenstine said.

Olson accused Bridenstine of using a strategy of going against President Barack Obama.

"You're not running for President. You're running for the first district of Oklahoma, for Congress. And I want to know what you would do," Olson said.

Bridenstine answered, "Let's be real clear—I am running against the President of the United States, because what we don't need is to elect people to the United States Congress, who are gonna let him continue to do what he's doing, which is trample on our freedom."

Olson and Bridenstine are running against Independent candidate Craig Allen, who was a not a part of Tuesday's debate.

Craig Allen sent News On 6 a statement, saying that he was not invited to the debate. He said university officials falsely believed he's not eligible for the seat, because he's not registered with the Federal Election Commission. He told us he checked with the FEC, and they say he is registered.

Allen said he hopes to be included in a debate with Democratic and Republican candidates soon.