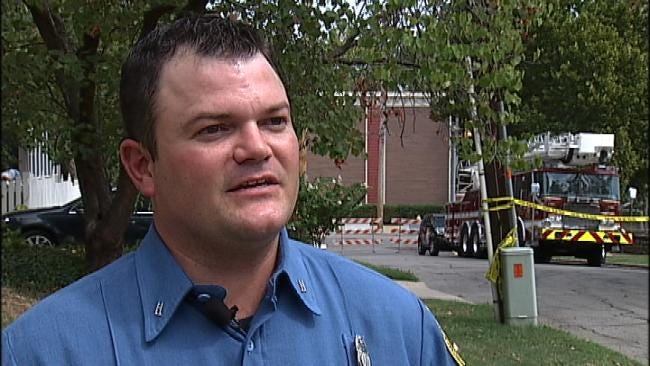 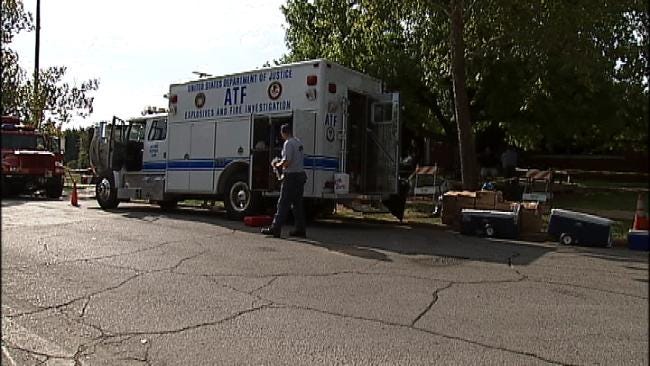 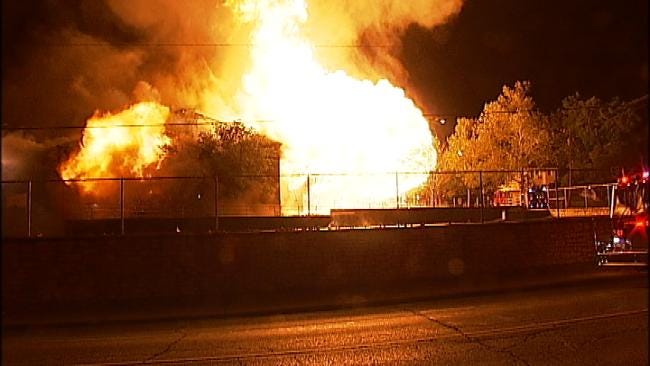 As ATF agents began their investigation into the fiery explosions at the Tulsa School of Arts and Sciences, one Tulsa firefighter, caught in the explosion, is home from the hospital.

Two others will stay until at least Monday.

When the first crew arrived at the scene Wednesday morning, the fire was still contained to one room, but there was a lot of smoke throughout the building.

So, firefighters from Engine 7, Ladder 7 began feeling their way through the school looking for the fire when three explosions tore through the former Barnard Elementary building.

The flames went down the hallway and out the front door.

"It's very surreal. It almost doesn't seem like I was in that spot, like that didn't happen," TFD Captain Alec Ridener said.

Captain Ridener was leading a group of four firefighters in the building that morning.

He said his team had just entered the room, on their hands and knees carrying a water hose, when the first explosion caused the floor to rattle and shake.

"The floor was waving a bunch and we knew something wasn't right at that time," Ridener said.

He said they backed out, but began preparing to spray the fire when explosion number two came from out of nowhere.

"I remember a rush of fire knocking us backwards. It's hard to remember exactly what happened," Ridener said. "I do remember orange. I remember seeing fire."

The team fell to the floor, burning debris covering their backs, and Ridener said they weren't sure what had just happened.

But their training kicked in and the firefighters felt for the hose to guide them back outside.

"How we found that hose line that quick, I really can't tell you but we did. I attribute a lot of that to training," Ridener said.

The ATF's National Response Team began their investigation into what caused the explosions Friday.

The group is called whenever there's an explosion or the investigation is too big for the local fire department.

A total of 29 ATF agents are on the scene, including 20 from the National Response Team. The team includes certified fire investigators, chemists, and electrical engineers.

The special agent in charge said they had hoped to finish the investigation by Sunday evening, but because of all the damage and some structural issues, they probably won't be finished until well into next week.

Captain Ridener's cheek was burned in the explosion, and he suffered second degree burns to his side and knees.

Ridener said he can't help but think of his fellow firefighters who are still in the hospital.

Captain Ridener will be off duty for a few days, but he's very anxious to get back out there with his crew and continue doing the job he loves.