WEB EXTRA: View Of The Fire From SkyNews6 WEB EXTRA: Video Of The Explosion At Tulsa School For Arts And Sciences WEB EXTRA: Tulsa School Of Arts and Sciences On Fire 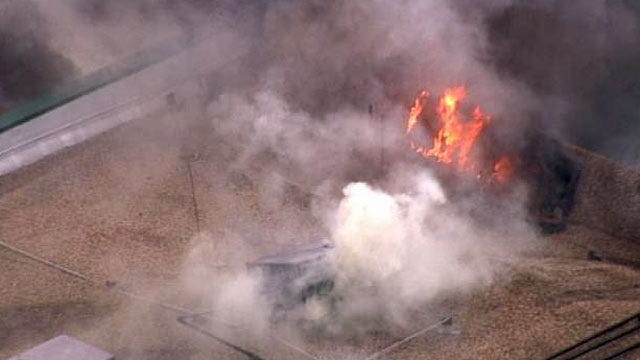 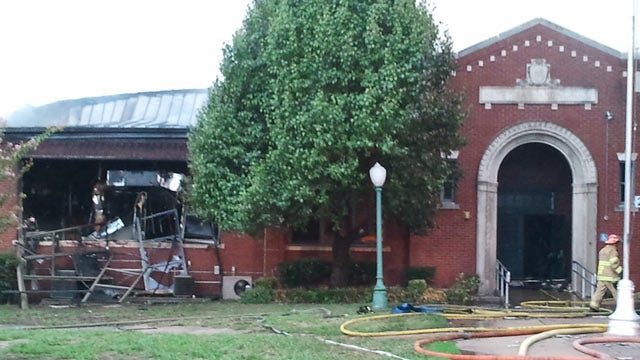 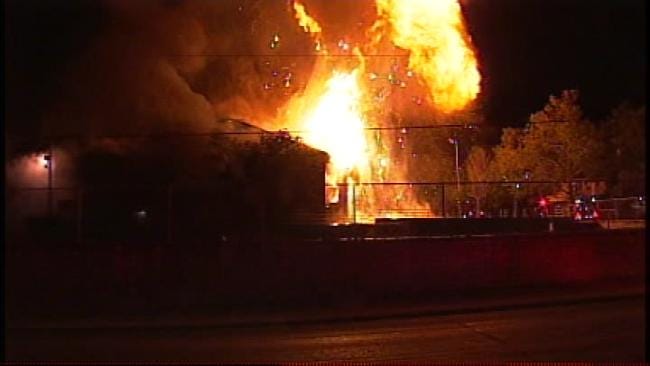 Flames were going through the roof when the Tulsa Fire Department arrived about 5 a.m. at the school near 17th Street and Lewis Avenue.

At about 5:15 a.m. an explosion rocked the building and injured eight firefighters. The fire department said several of the firefighters had burns on their hands and faces, but all are in fair condition.

After the explosion, firefighters went into defensive mode, backing out of the building and fighting it from the ground and the air with several snorkel trucks.

TFD's Captain Kenny Keim said the design, size, and age of this building made it very difficult for firefighters.

"It's an old building, so it's been remodeled a couple of times and the old wood construction had a pretty good head start on us when we got here," Keim said.

One of the biggest challenges was getting water into the center of the building.

Captain Keim says there are several layers of construction in the building, including a drop ceiling, an old roof, and a new metal roof on top of that.

"You got metal roof over wood construction and shingles and then you got drop ceiling inside of that," Keim said. "So just a lot of fire load and it's hard to get water on the part that's on fire from the outside. The roof's designed to keep the water out, so if it's too dangerous to go inside it takes a while to get it under control and put out."

Firefighters called in a PSO crew to shut off all electric service to the building.

"We are greatly saddened by the fire at the historic Barnard building and the devastating impact this has had on the Tulsa School of Arts and Sciences. They are a charter school partner with Tulsa Public Schools, and we are committed to helping them recover from the tragic loss of this facility. We will be working closely with TSAS Director Eric Doss to locate an alternate facility and materials so we can help them get back to the business of educating students. We are concerned about the safety of the firefighters who have been injured fighting the fire. Our thoughts and prayers are with them and their families."

Classes at TSAS have been canceled for the day.  The district said Barnard closed in May 2011 under Project Schoolhouse and was leased to TSAS beginning in 2012 to house the charter school.

The historic building had just been renovated and the Tulsa School of Arts and Sciences had just moved in.

The district is asking students to go to All Souls Unitarian Church at 27th Street and Peoria Avenue.

The district says classes will resume Thursday at the former Sequoyah Elementary at 3441 East Archer.

The school has an enrollment of 300 students, with a waiting list of students who want to attend. On average, the school has some of the highest ACT scores in the state of Oklahoma.

The school has a donation button on its website where it is now accepting help after the fire destroyed its building.