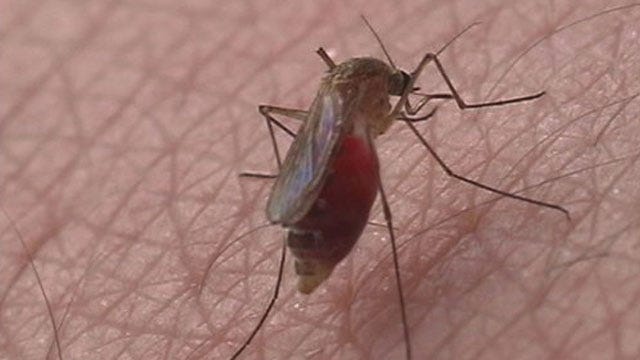 Oklahoma is moving closer to the record number of West Nile virus cases in one year with nine new cases confirmed.

The Oklahoma State Department of Health reported Thursday that there have been 101 confirmed cases this year of the potentially deadly virus in 22 counties statewide.

See the map of the breakdown by county

Five people have died as a result of the disease that is spread through the bite of the Culex mosquito -- two in each Oklahoma and Carter counties and one in Seminole County.

The record of 107 West Nile cases was set in 2007 when eight people died as a result of the virus.

Although still unconfirmed by the health department, a Tulsa County man's family said he was diagnosed with the virus in June and died on Sunday. If confirmed, he would be the state's 10th death.