WEB EXTRA: Video From Scene Of Kum And Go Robbery At 145th East And 51st Street WEB EXTRA: Video From Scene Of Kum And Go Robbery At 71st And Garnett 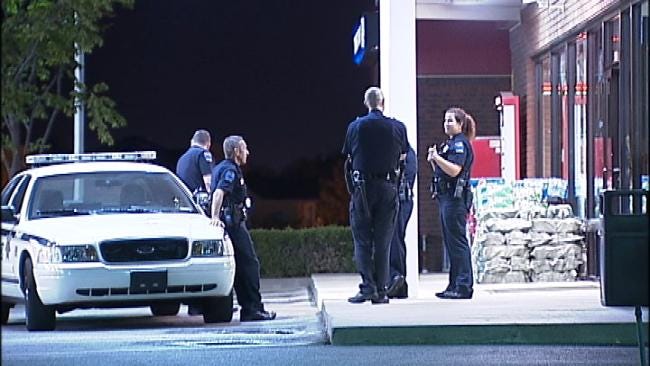 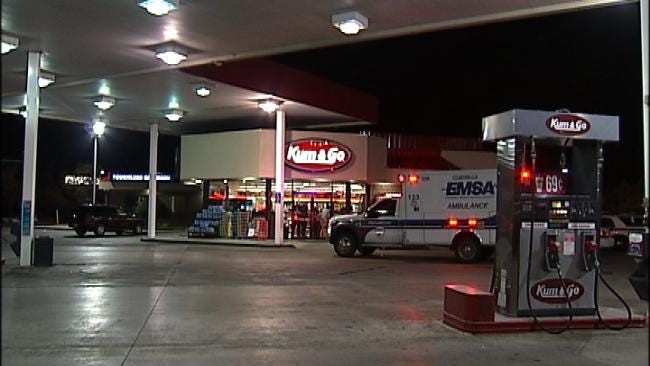 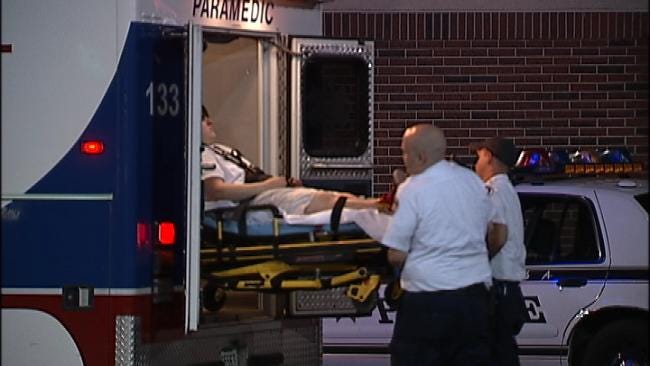 A customer called 911 after going into the Kum and Go near 51st Street and 145th East Avenue around 12:30 a.m. Police said the caller noticed the clerk was gone and it looked like there had been a fight inside.

Police said the clerk ran three blocks into Broken Arrow to a home owned by an off-duty Tulsa police officer.

The clerk was not seriously hurt.

While Tulsa Police investigated the robbery, officers were dispatched to another Kum and Go store.

Officers said at 1:15 a.m. an 18-year old clerk hit a panic button at the Kum and Go near 71st Street and Garnett Road.

She told police officers three men dragged her into the back room and hit her on the head.

She was transported to the hospital to be checked out, but police said she is expected to be OK.

Police described the robbers as three black males, between 6-foot-3 and 6-5, wearing white T-shirts and white bandanas over their faces. They were seen at the first robbery in a silver or grey Ford Crown Victoria and Mercury Marquis.