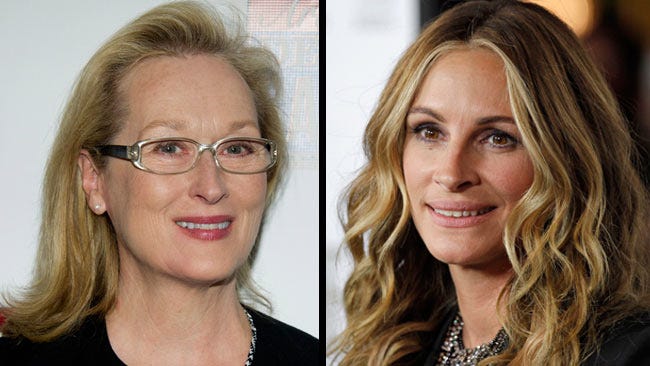 A casting agency is looking for extras for an upcoming movie that will be shot in northeastern Oklahoma starting in late September.

Freihofer Casting is holding an open call for extras for "August: Osage County" on Saturday, August 18th from 10 a.m. to 5 p.m. in Tulsa.

The film starring Meryl Streep and Julia Roberts is a drama written by Tulsan Tracy Letts.

It tells the story of the Weston family, who come together when their alcoholic patriarch goes missing. The open call will be held Saturday, August 18, from 10 a.m. – 5 p.m. in Tulsa. Freihofer said the open call is an opportunity to find, photograph and catalogue all people interested in working in the film in non-speaking roles.

"We will ask everyone to provide us with contact information and clothing sizes, and we will take everyone's pictures. The whole process should take less than 10 minutes," Chris Freihofer said.

Freihofer says casting decisions will be made throughout filming and those selected to appear in the film will be notified sometimes a day or two before they are needed. Freihofer indicated filming is scheduled to be Mondays through Fridays with no weekend filming.

The majority of extras would only be needed for one day, but those days are scheduled to be eight or more hours.

Back in June, state film officials said producers had been scouting for shot locations in Osage and Washington counties.

The open call will be held in the Parkview East ballroom at the DoubleTree Warren Place Hotel, located at 6110 South Yale.