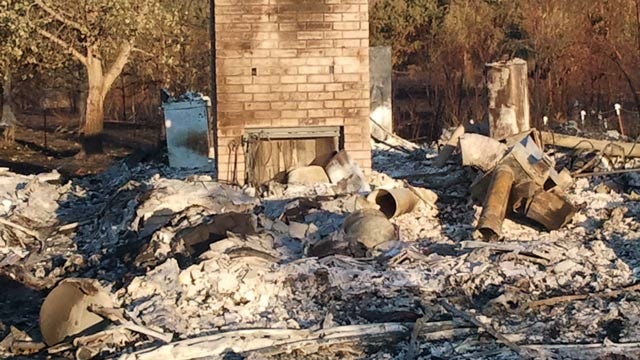 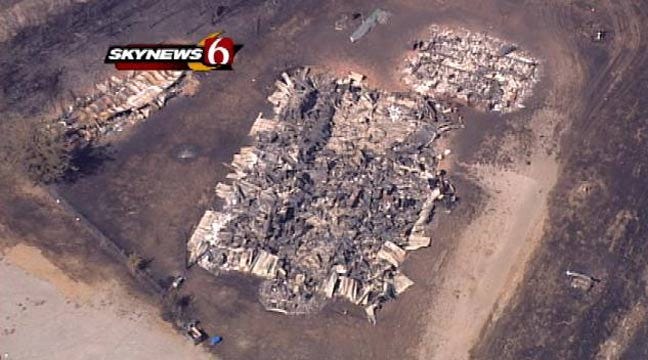 Officials say a massive wildfire in Creek County that prompted evacuations has been contained.

Hanna Anderson of the Oklahoma Forestry Service said that roughly 70 structures in the Creek County area were destroyed. Between 58,000 and 60,000 acres burned, she said.

Thirty to 40 agencies have helped in the wildfires.

Anderson encouraged people to donate to their local fire departments. Cash donations and donations of diesel fuel are what are needed most.

"Because they need it - either they used it when they were here or they will use it sometime the rest of the summer."

As of Monday morning, authorities say the only fire still a concern is near Freedom Hill.  The state Forestry Department says this fire is still burning Monday and the small town remains under an evacuation order.

The Freedom Hill area is located southwest of Mannford along state Highway 48.

Multiple wildfires popped up in Oklahoma throughout the weekend and one fire in Oklahoma County is being investigated as a possible arson.

Witnesses told Oklahoma County sheriff's deputies they saw a man throwing a lighted newspaper from a black Ford pickup, but no arrests have been made.