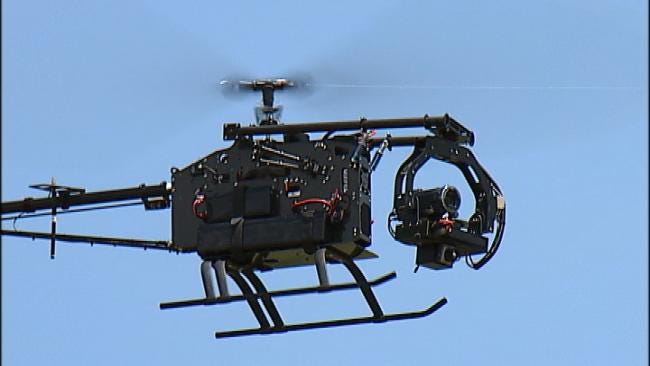 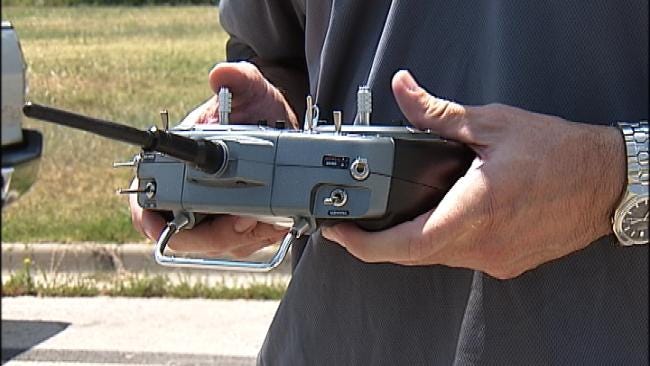 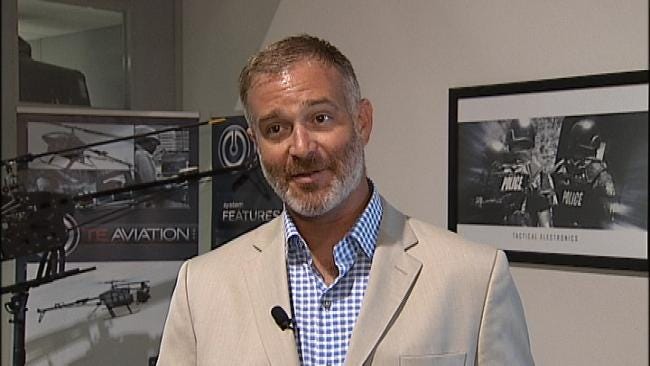 Oklahoma has been chosen by the Department of Homeland Security to be one of the first states in the nation to test unmanned aircraft.

The military already uses unmanned aircraft, like the Predator.

Now, police departments are using much smaller versions of them, and soon, we'll see private businesses using them, because they are generally, cheaper, safer, and faster.

The unmanned aircraft is made by Tactical Electronics.

It's called a RAPTR and can weigh from 30 to 50 pounds, and depending on the weather, can fly for about an hour.

"The batteries can be swapped out in less than two minutes and get right back up in the air," said Ben Kimbro, of Tactical Electronics.

The RAPTR is equipped with cameras and records on an HD card. It can see in low light and has thermal imaging.

It can be flown manually or automatically, on a flight pattern set up through GPS, using way points.

Right now, they must be operated by licensed pilots.

Police departments are already using them for situations like stand-offs, where officers need a set of eyes in the air to see potential dangers.

They could also be used to fight wildfires; to see the path without risking firefighter's lives.

Another application is a search and rescue mission.

Say you're lost in a big field. The helicopter finds you and notifies first responders. It can even drop you a bottle of water or medical supplies, enough to keep you alive until help arrives.

Congress has ordered the Federal Aviation Administration to create a plan that allows unmanned aircrafts to safely use national air space.

That means, soon, ranchers could use them to survey their crops.

Pipeline companies could use them to check for leaks, to cover ground faster and not expose workers to fumes.

"Flare stack inspections cost $2,000 an hour, and are extremely dangerous," Kimbro said. "They put a climber on the stack. We can do the same search in one-sixteenth of the time, and scarcely any of the costs, without any climbers being put in harm's way."

Now that Oklahoma is a testing ground for unmanned aircraft, the sky is the limit for becoming the number one place for operations, research, and design.

A traditional helicopter can cost millions to buy and about $1,500 an hour to operate.

Arlington police have a helicopter and can barely afford to use it, but they have two RAPTRs and used them to work security at the Super Bowl.