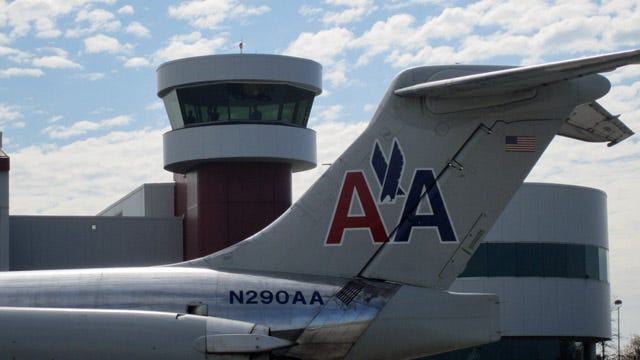 The tentative agreement between American Airlines and the mechanics union would cut an estimated 1,300 jobs in Tulsa.

That's while the workers left behind get a pay raise.

That information about the jobs in Tulsa came out Wednesday afternoon.

The new, tentative agreement has the same layoffs as the previous offer that the mechanics had rejected.

The transport workers union finished negotiations yesterday on the deal, which goes to the membership for a vote in early August.

The potential deal has a 3% increase for mechanics and related employees, 3.5% for what are called "stores" employees, with possible raises in 36 months.

However, according to the Union, it could mean as many as 1,300 Tulsa union employees would be laid off.

American says the deal would save the company $35 million dollars a year, and eliminate the need to cut more employees.

"If ratified, these agreements would allow us to create a successful future for tens of thousands of American Airlines employees as we move through restructuring and beyond," said Bruce Hicks, American Airlines spokesman.

While those layoffs are pending ratification of the agreement, other small layoffs continue in Tulsa for management and support personnel: less than a dozen people, from what we're told, but the company plans to release more information on that tomorrow.