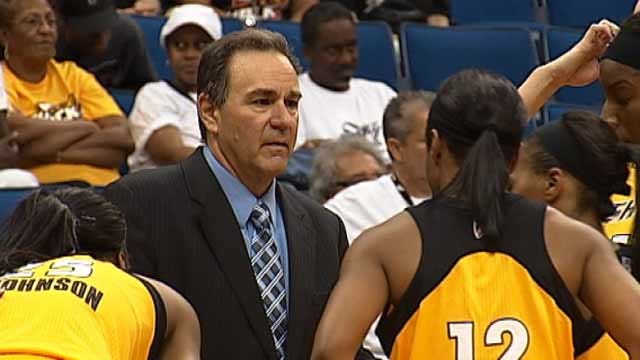 The Tulsa Shock continues to seek its first win of the season as Friday night the Seattle Storm notched an 86-73 victory.

The win snaps a four-game losing streak for the Storm who was paced by Sue Bird's 21 points while Katie Smith added 17 points.

Tina Thompson had 16 points on 5-for-6 shooting for Seattle (2-7), which has beaten Tulsa for both its wins this season. It also marked the Storm's eighth consecutive victory against the Shock dating back to the 2010 season.

"I thought we battled them. We had a lapse in the second quarter where we let them do what they wanted to do and that got us in a hole at halftime," said Shock head coach Gary Kloppenburg. In the second half we really battled them. We fought. We turned them over. We forced 17 turnovers and we only had ten. We did some good things. They were just better."

Bird connected on her first nine shots from the field before missing her first attempt with 52.2 seconds left in the third quarter. Her accuracy set the tone for Seattle as the Storm shot 55 percent from the field.

Tulsa now prepares for its next matchup against Phoenix on Sunday at 3 p.m.