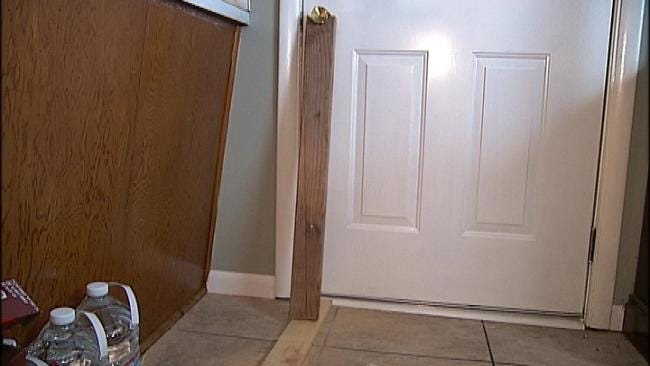 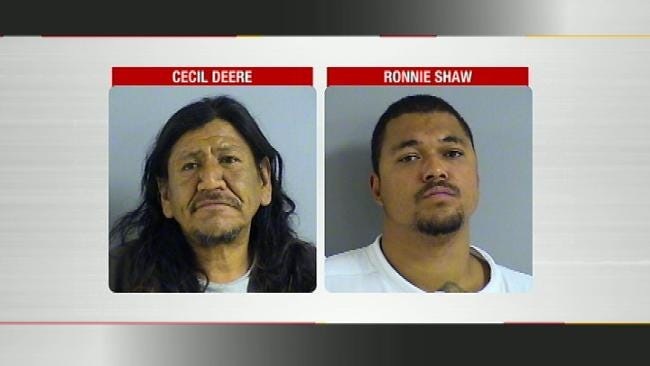 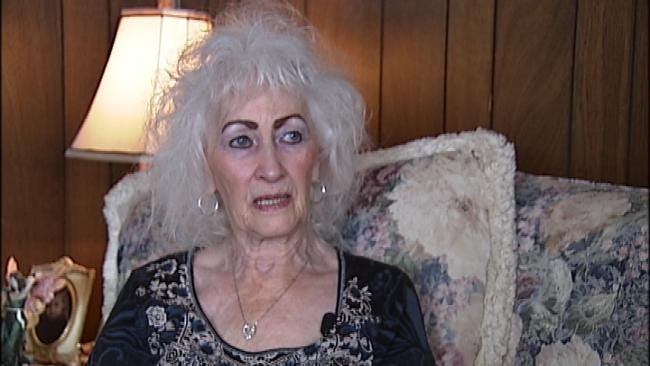 Bounty hunters kicked in the door of a woman in her 70s in West Tulsa last week. Once inside, they realized they had the wrong address.

The elderly woman was terrified and had no idea who the men were. But that wasn't the worst of it. She learned something about the two men from police that made her upset.

Mary was about to take a bath last Wednesday night when someone began banging on her front door.

"He said, ‘you better open the door. I told you we were bounty hunters,'" Mary said. "I said, ‘you could tell me you're anybody.'"

He kept demanding and threatened to kick in the door. So she called 911. She asked the dispatcher if she could put the phone down long enough to get her gun, but was told to stay on the line.

Just then, two men kicked in her back door.

"I could hear the wood crushing," Mary explained. "It was scary."

The men came in and looked through her house. They demanded to know where Donnie was. But she repeatedly told them she lived alone and didn't know a Donnie.

That's when they realized their mistake.

The two men left with barely a word, leaving her backdoor still broken with a big footprint on it.

Police found the three bounty hunters and realized two of them, Ronnie Shaw and Cecil Deere, had warrants out for their arrests. So they were booked into jail.

All three men got tickets for breaking and entering without permission.

"That ain't right to be looking for somebody else, kick in someone's door in to get that person," Mary said. "And here you've got two warrants out on yourself and your friend with you."

Mary believes bounty hunters should be licensed and bonded. In hindsight, she's glad she didn't have her gun, because she believes she would've killed them.

"I'm still nervous," Mary said. "I get knots thinking about it. That scared the liver out of me."

The bondsmen who wanted the fugitive said he didn't know the three men. He said they just called and offered to pick up the guy for him, which is pretty standard.

He was shocked to learn they had warrants, and one of the men had served eight years in prison. He believes bounty hunters should be licensed, like bail bondsmen are.

An Oklahoma senator proposed a law last year and this year, but both bills died.