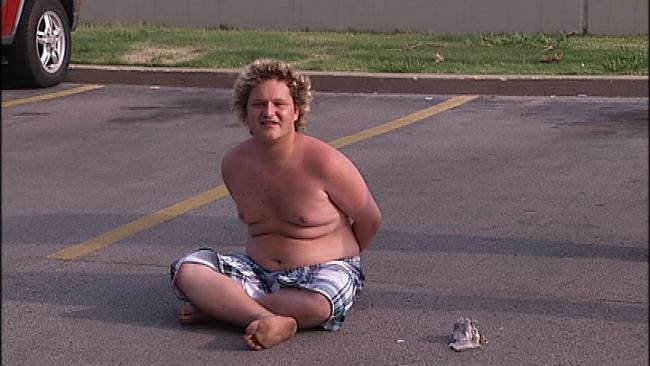 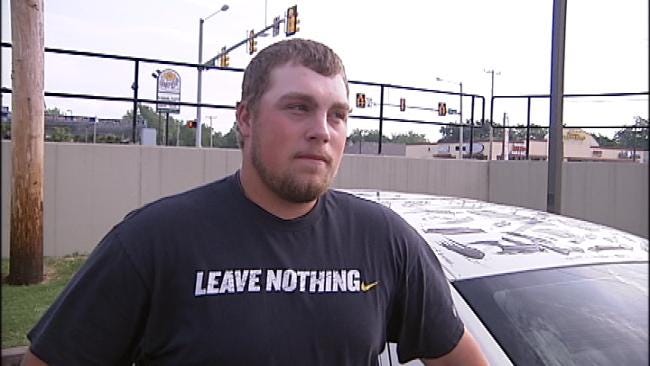 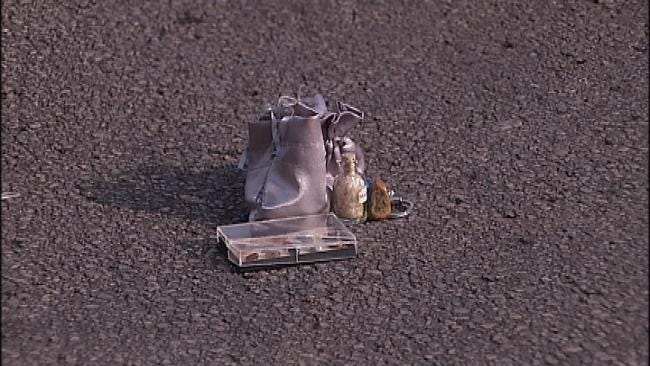 A suspected car break-in in south Tulsa took a strange twist Sunday morning when the victim chased down a barefoot suspect who claimed to be the King of Germany.

Tulsa resident Dakota Tomlinson said he got a call that someone was breaking into his car outside his home just before 8 a.m. He and two friends jumped in the Chrysler 300 and searched for the suspect after getting a description of the man who had long curly hair and was wearing plaid shorts.

They thought they'd lost him when the suspect ran across the street near 91st and Sheridan in front of their car.

"He acted like he was going to go into the store, but he turned and I caught him about half way in the parking lot and tackled him," Tomlinson said.

Tomlinson held the suspect there until police arrived.

He says the suspect apologized while on the ground, and told him he was high on mushrooms.

The suspect claimed he was carrying "magic rocks" and had millions of dollars in Europe, as well as being the King of Germany.

He also told police he had been smoking mushrooms, said Sergeant Doug Brown with the Tulsa Police Department.

"He's put on a little show for the camera," Brown said, "but he was absolutely coherent when he was answering questions."

Brown said the actual car burglary took place in another district, so he was not sure if the man was responsible for any other thefts.

He said the victims and witnesses had done a good job but urged caution in trying to capture wrongdoers.

"It's not worth getting hurt," he said.