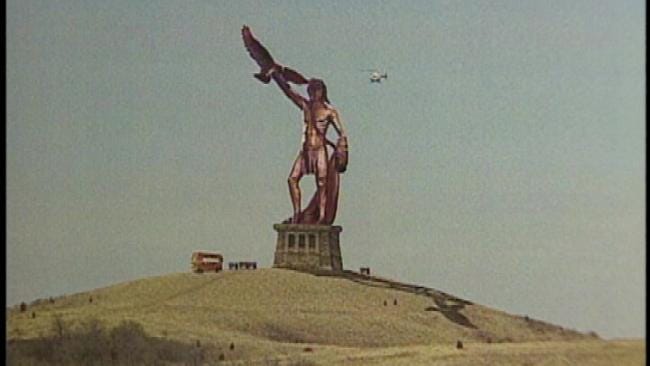 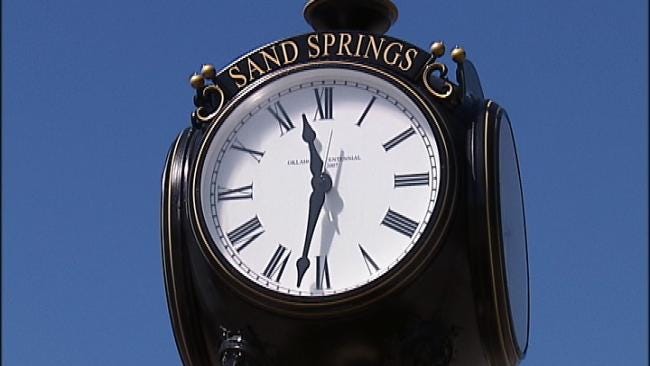 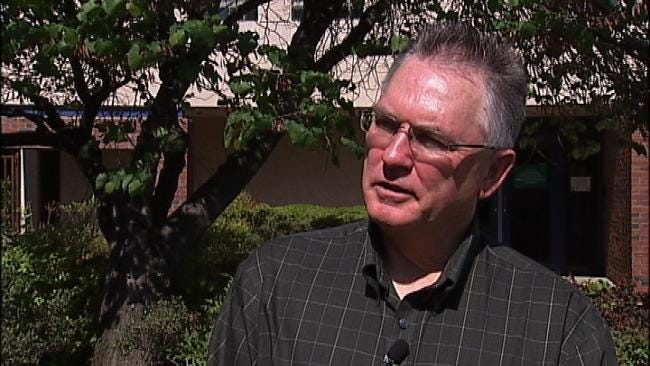 The American statue is making headlines once again. The bronze statue depicting a Native American man with an eagle was first proposed almost a decade ago, but it's never been out of the planning stages.

The 21-story statue would be 60 feet higher than the Statue of Liberty.

A packed audience listened closely in 2004 as artist Shan Gray announced plans to build The American a 217-foot statue made out of 350,000 pounds of bronze. Gray said he had three sites in mind for the statue: Holmes Peak, near the OSU-Tulsa campus, or on the west bank of the Arkansas River.

He said he just needed funding for the project that was estimated to cost around $38 million. But nothing ever happened, and many wondered if the plans had been scrapped.

Flash forward eight years and Sand Springs has stepped to the plate.

City manager Rocky Rogers says the city is working with Gray to help find money for the project as well as a possible location for the statue. He points to studies that show the statue could attract more than a million visitors, on par with the arch in St. Louis and Mount Rushmore.

"It's a matter of putting the hands to the plow, so to speak, and really working to make this a reality instead of just a plan," Rogers said.

Artist Shan Gray wasn't able to speak with us on camera but he does confirm he is focused on Sand Springs. He says it's a great city, full of great people, and is an ideal location for his statue.

Neither Gray nor Rogers would say where they're looking to put it, but one site that's been talked about is Chandler Park.

"I think it's cool; I think it's awesome," said Debbie Nobles of the Sand Springs Historical Museum.

Nobles says Sand Springs heritage and history make the city the perfect spot for the statue.

"You never know until you try it. You got to have it for them to come, and somebody made a dream when all the other things happened," she said.

"You've got to have a dream to make it come true," said Nobles said.

Sand Springs City Manager Rocky Rogers says the city is not offering to pay for the statue's construction.

He says the city would only pay for land and infrastructure.

He puts the early estimate to the city between two and five million.