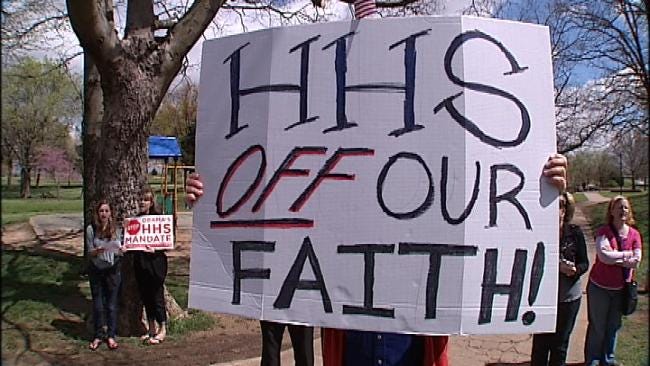 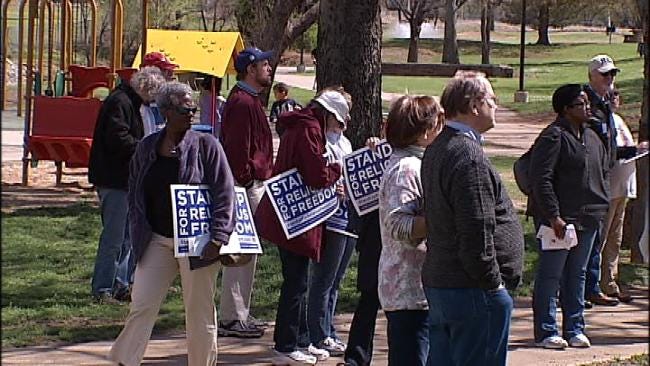 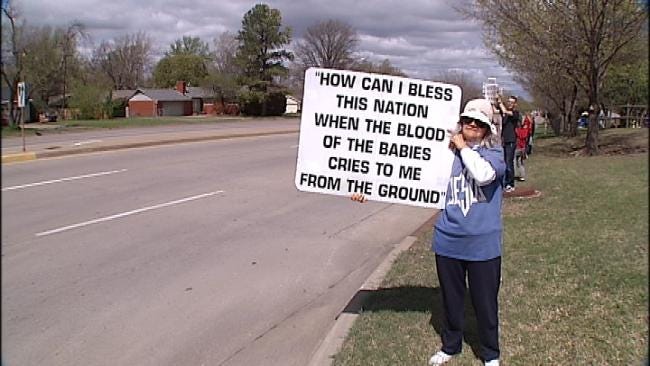 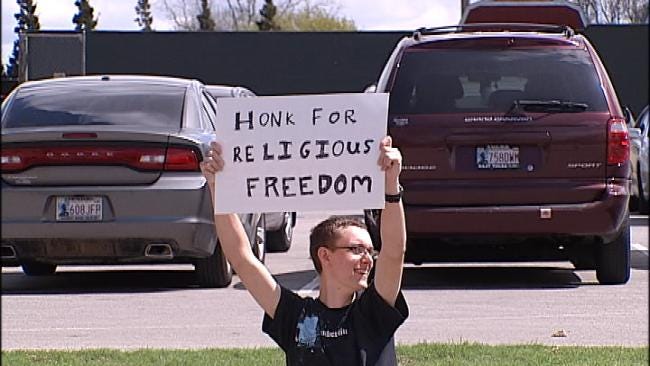 The national argument over reproductive rights took center stage in Tulsa on Friday.

A mandate that's part of the Affordable Care Act has come under fire from many conservatives.

It requires employers to offer contraceptives through their health care plans.

Today protesters of the mandate gathered at LaFortune Park.

"It's not the specifics of what's being challenged, it's that it's a first amendment right, that we're being told you must violate your conscience on this specific part of the law." protestor Timothy Putnam said.

Organizers claim the protest was one of 100 taking part across the country on Friday.