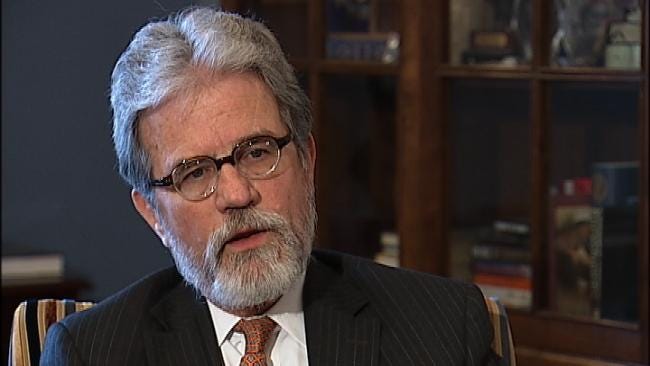 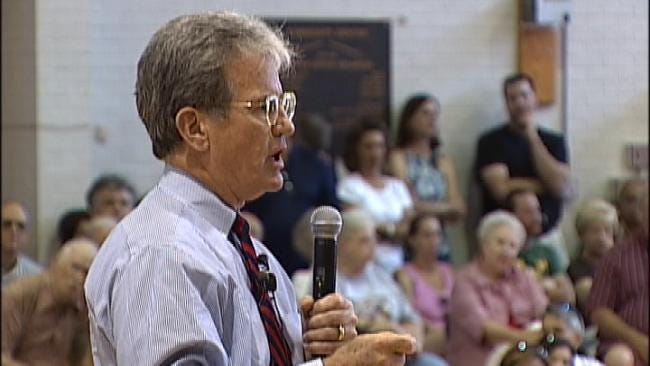 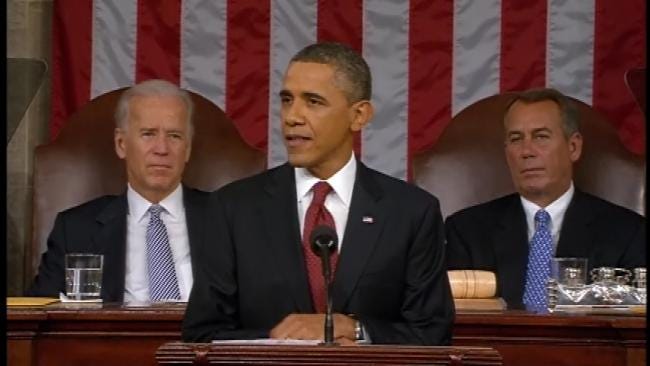 He's blunt, he's polarizing, and says he's not like other politicians. What he thinks is Washington's biggest problem and the disaster he says is looming.

Subtlety has never been tom Coburn's style. In his 14 years in congress, Coburn's earned a reputation as a maverick who's willing to fight any bill he thinks is wasting taxpayer dollars.

The list includes everything from the infamous "bridge to nowhere" to funding for breast cancer research.

"The difference is they're seeing what they see in their life, and I'm seeing how do we best do research in our country," he said.

"Any politicians that stands up and says ‘we're not going to touch your Medicare' is a liar," he said.

On Capitol Hill, they call him "Dr. No."

"I'm pretty blunt, and I tend to see things in black and white," Coburn

And what Tom Coburn sees now, is nothing short of disaster.

"In the next two years our country is going to be consumed. Absolutely consumed with debt. We're bankrupt. We're getting ready to have a debt crisis and nobody is working on it. We're two years away from being Greece," Coburn said.

Coburn's calling card has always been his willingness to offend both Democrats and Republicans. But with the nation's skyrocketing debt and the failure of the Super committee, Congress, or the president to hammer out a solution, his frustration may be at an all-time high.

"We have all the capabilities to solve every problem we have. We have none of the leadership in any key office in this country to do that," he said.

2011 was a pivotal year for Oklahoma's junior senator. Last summer, as the debt crisis threatened to shut down the federal government, Tom Coburn of Muskogee, Oklahoma emerged as an unlikely hero.

"This plan offers the American people 9 trillion reasons to stop making excuses," Coburn said on the floor of the senate.

His "Back in Black" proposal--slashing $8 trillion from the deficit while also raising a trillion dollars in new revenue--was hailed by many as a step toward responsible government.

Newsweek called him the "Man of the Hour." The New York Times gushed that he was the "Lady Gaga of Fiscal Conservatives." And the President frequently drops his name.

"My friend Tom Coburn is right, we shouldn't be giving tax breaks to millionaires," President Obama said during the State of the Union Address.

But on the other side of the aisle, Coburn's willingness to raise taxes as well as cut spending, outraged some of his most ardent fans.

Coburn says compromise is simply a fact of life in Washington. At the time of this interview, last October, he was still optimistic the tide would turn.

"If I think if we can get through the next two or three years, I think we can fix this," he said.

Today, those hopes may have dimmed, but Tom Coburn's determination has not.

While the rest of Washington is caught up in presidential politics, Coburn is renewing his focus on the issue he believes will make or break this country: the deficit.

The huge debt clock that hangs in his front office used to sit in the hallway, the senate ethics commission made him move it inside.

But no one can make Oklahoma's Junior Senator stop sounding the warning bell. Tom Coburn has four years left in Washington. He has no intention of going quietly.

"I don't want to be civil if our country is going to crash on the rocks. I want to have a vigorous and cantankerous debate about the issues and the facts, and I want to be too out there," Coburn said.

While Coburn wouldn't give any specifics, he said his "Gang of 6" is back at work. He's hoping Congress will not wait until the end of the year to make the budget cuts they agreed to last summer.