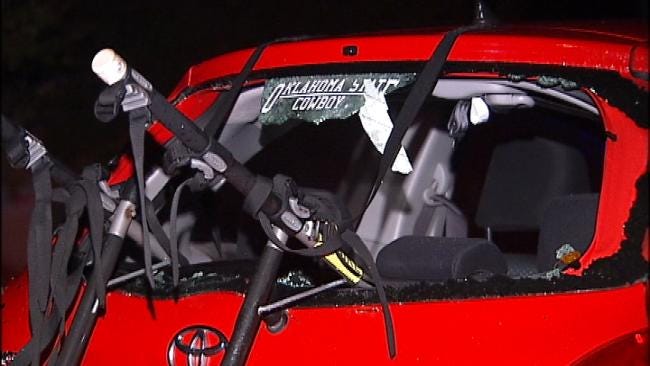 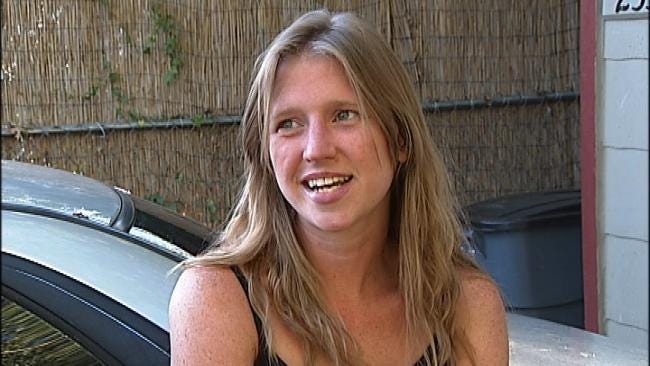 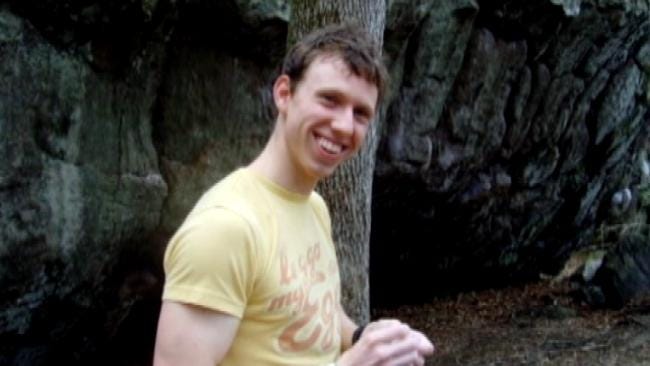 TULSA, Oklahoma -- A Tulsa man is still in critical condition after he somehow crashed his bike in to the back of a parked car.

It happened just before 5:00 Monday morning in a neighborhood near 45th and Riverside. Police say 24-year-old John Stehr called 911 himself.

Stehr's sister says he lost a lot of blood because the glass from the back window severed an artery. She says he's had surgery and is recovering, but he isn't out of the woods yet.

Tulsa police aren't sure what happened and neither is the victim's sister.

"We're not going to have any idea what happened until he wakes up. It could have been anything," said Christina Stehr, Victim's Sister.

"He does this to get from point a to point b," she said.

Barely a block from his home, Stehr somehow crashed right into this parked car. The impact threw the 24-year old through the back window, shattering the glass. Police say Stehr called 911 himself.

"Just the fact that he had the presence of mind is pretty cool. He's tough. A pretty tough little kid," Christina said.

When officers arrived, they found him on the ground severely bleeding from the neck. Stehr was rushed to the hospital in critical condition and underwent emergency surgery for severe injuries to his neck.

His sister says the glass severed a carotid artery. He suffered cuts and bruises to his face and may have a few facial fractures. The hospital had to give him nine units of blood.

"Had this been any other type of injury, he would have been totally prepared for it. He had gauze, tape band-aids. It's stuff you carry as a rock climber," she said.

Christina says her brother's athletic background is helping him in the hospital. She says he's a survivor. She says her family is thankful because the crash could have ended tragically.

"I looked at the bike rack on our neighbor's car and six inches either way and it would have been a completely different situation," Christina said.

Police are still investigating the crash. Christina says it may have been a freak accident, but they won't be able to ask her brother how he crashed in to the car until he comes out of sedation.