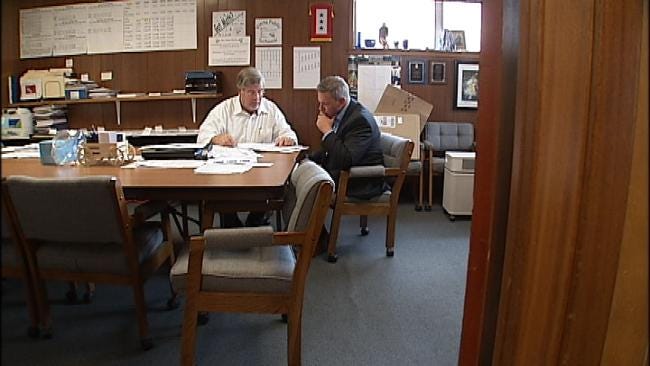 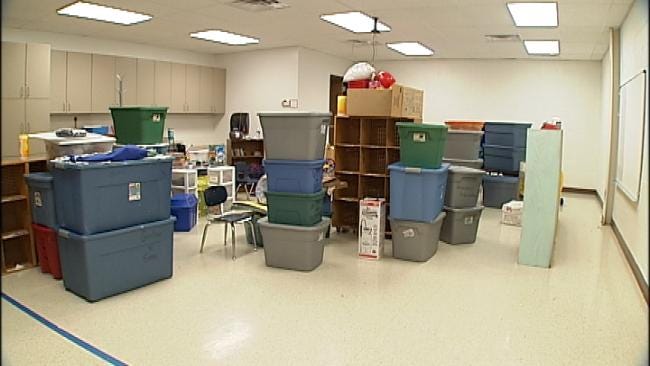 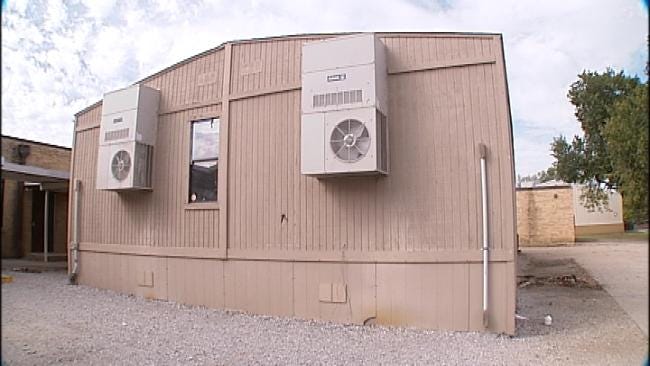 The findings are prompting a public meeting for parents set for Tuesday night in Vinita in Craig County.

At Vinita's Hall Halsell Elementary, two classrooms are empty. Students moved out because of mold.

Superintendent Jim Palmer's office looks like a war room in the mold battle.

"Vinita Public Schools really needs to be able to address our buildings. They're old, they have problems and we want them to be right for our students," Palmer said.

Last spring, students moved from those rooms to temporary buildings. After restoration work this summer, tests showed everything was ok. But it didn't last long and students had to move again around Labor Day after mold returned.

"Find the moisture problems and you can address the mold," he said

The cafeteria and t-buildings have the all clear after new tests, but mold and moisture are recurring problems in the two classrooms. Mold issues have prompted a public meeting for parents on Tuesday night.

"This forum will allow us to just talk about it all, what we've done, where we've been, where we're going," Palmer said.

The district has spent $100,000 dealing with mold so far, and the contents of the rooms still need to be tested.

Palmer says with most students in the district are on reduced or free lunches, a bond issue to replace Vinita's aging school buildings would be difficult without a big tax increase.

He's hopeful the public meeting will generate ideas and lead to a long term, safe solution.

"Safe for our children, safe for our faculty and staff, and safe for the parents who come in," Palmer said.

The district is implementing a more aggressive filter maintenance program, and is also looking into using air purifiers.

The public meeting Tuesday evening is at 6:30 at the High School distance learning center.