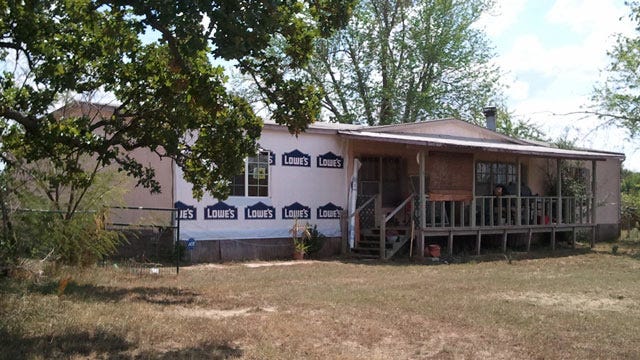 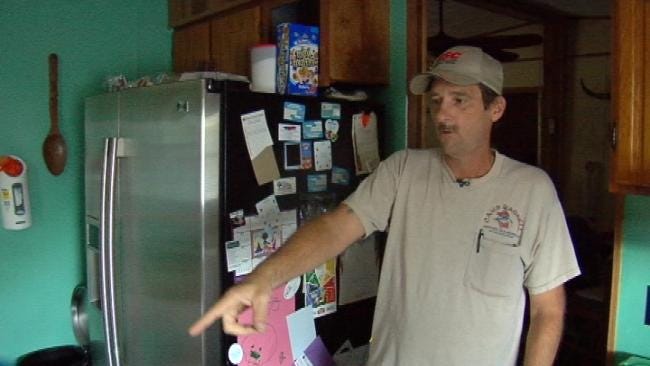 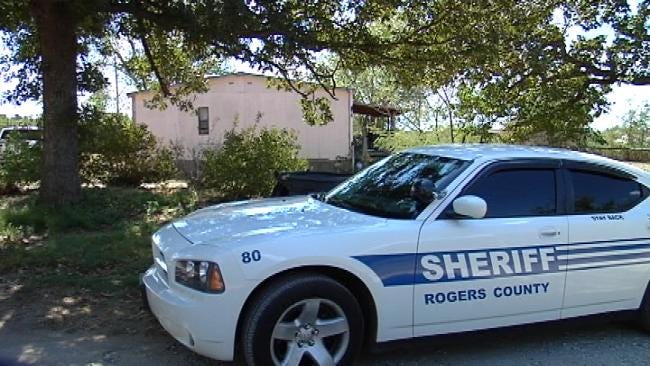 ROGERS COUNTY, Oklahoma -- A Rogers County homeowner who was awakened by a burglar Friday morning shot the man in the leg.

The incident occurred at a rural residence in the area of 145th Street North and U.S. Highway 169.

This is the third time the same suspect has broken into the same house. Bill Gray, the homeowner, is fed up.

The first time, he says the guy took $200 from a piggybank belonging to Bill's grandson and prescription pills.

The second time, he says the guy took money from his wife's purse. This time, he was after more prescription drugs.

To make matters worse, the suspect is Bill's next-door neighbor.

"I got home after five this morning, got to bed about seven," Gray said.

Bill Gray works the nightshift. Once he went to bed, his wife took their grandson to school.

"I guess he thought everybody was gone because I was in bed asleep. My bedroom door was shut right there and I heard a crash in the back, so I grabbed the gun off the wall and opened the door. He was standing right there by the sink and counter," Gray said.

As mad as he was when he saw his neighbor in his house again, Bill said he couldn't bring himself to shoot first and ask questions later. So, he pointed the gun and told the man to get on the ground.

Then, Bill went into the other room to get the phone and called 911. He says the man jumped up and Bill was afraid the guy was going for one of the knives on the counter.

Turns out he'd hit the guy in the leg and he was still in the house next door when Rogers County deputies arrived.

Rogers County Sheriff Scott Walton says Bill did what he had to do to protect himself.

"No good guys got hurt and hopefully a bad guy learned a lesson," Walton said.

Bill's not happy he had to shoot 26-year-old Aaron Cope, but says he had no choice. He's just glad his wife and grandson weren't the ones home and hopes this is finally the end of the repeat break-ins.

"If he doesn't go to jail, this won't be the last time," Bill said.

Cope was taken the hospital where he'll be kept overnight, then he'll be booked into jail for burglary.

Bill served in the military 25 years ago and told us he's thankful it turned out the way it did and he didn't have to take a life.