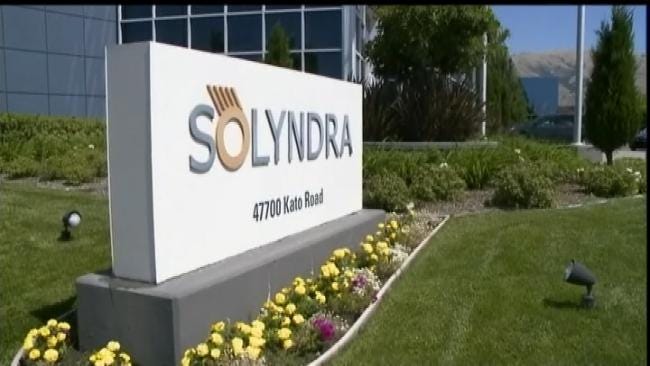 As reported on NewsOn6.com on September 1, 2011, the solar power company was backed financially by the U.S. government and Tulsa billionaire George Kaiser's private equity firm.

The FBI's investigation comes after a request by the Department of Energy's inspector general, FBI spokesman Peter Lee said Thursday.

Solyndra officials made numerous visits -- 20 -- to the White House, according to logs and reporting by The Daily Caller.

According to The Daily Caller, the logs show the Solyndra officials who visited the White House included chairman and founder Christian Gronet and board members Thomas Baruch and David Prend.

The U.S. Department of Energy is one of the largest creditors in the bankruptcy case, pressing to reclaim a $527 million federal loan.

The Wall Street Journal is reporting that an intercreditor agreement filed with the U.S. Bankruptcy Court in Delaware ranks the federal loan behind a $69 million loan from lenders led by Argonaut Private Equity.