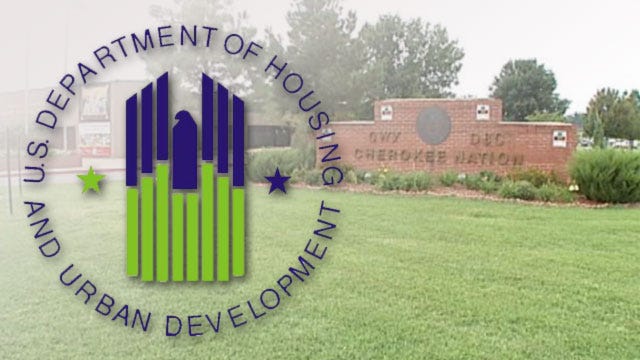 WASHINGTON, D.C. -- Federal Housing and Urban Development officials say they have frozen HUD funding to the Cherokee Nation over the Freedmen issue.

"HUD has suspended disbursements to the Cherokee Nation of Oklahoma while we seek additional guidance on an unclear statute involving the Freedmen. The funding can be restored once this issue is resolved," said Jereon Brown, HUD Deputy Assistant Secretary.

On August 22, 2011, the Cherokee Nation's Supreme Court upheld a Constitutional amendment requiring all the Nation's citizens to have at least one Indian ancestor on the federally-authorized Dawes Rolls. That decision kicked out nearly 3,000 members or freedmen, descendants of black slaves once owned by Cherokee Tribal members.

On Friday, September 2, 2011 the freedmen asked a U.S. court in Washington, D.C. to restore their voting rights in time for the Chief's election in two weeks.

The freedman voted in the first election - but as of now - cannot vote in the new election.

The feds say with the freedmen issue up in the air, HUD has suspended funding to the tribe.

Cherokee Nation Attorney General Diane Hammonds sent a letter to HUD last week in which she said the tribe found out when it attempted to draw $33 million from their HUD housing fund on August 31, 2011 and was denied.