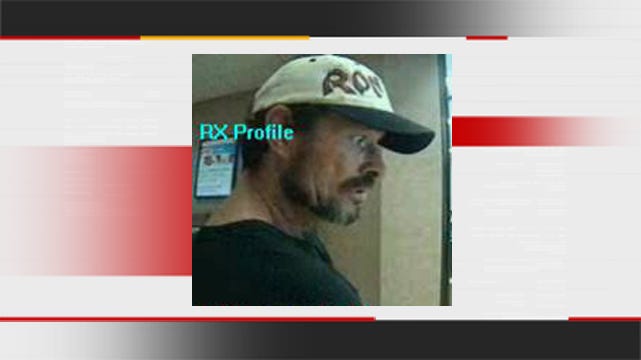 TULSA, Oklahoma -- Tulsa Robbery detectives are asking the public to help them track down a suspect in a pharmacy robbery.

Police say a man went into the Walgreens at 15th and Yale just after noon on September 2, 2011. He implied he had a weapon and gave a note to the pharmacist demanding medication.

The man left the store on foot after getting the drugs. His image was captured in a surveillance photo.

The suspect is described as a white male, 45 to 50 years of age, 5'9" tall with a medium build. Anyone with information is asked to call Crime Stoppers at 918-596-COPS.