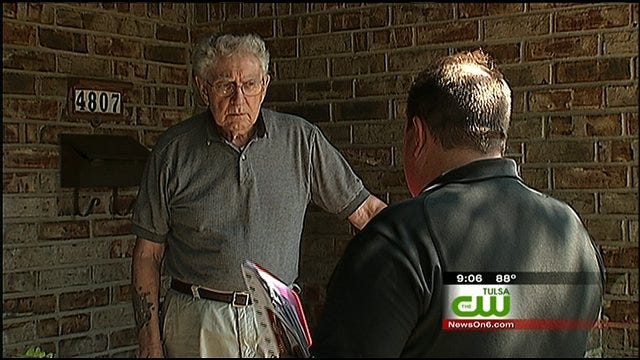 TULSA, Oklahoma -- With just two weeks to go until primary elections, candidates for the Tulsa city council are hitting the pavement.

Voters living in District Five will know who their next city councilperson will be after the primaries because all three candidates are Republicans.

Chris Trail already sits on city council and would like to stay there. He's going door-to-door speaking face-to-face with some of the 22,000 voters in District Five. Through these conversations he learns what issues matter to voters.

Karen Gilbert is also keeping her ear to the ground. This is her first time running for city council.

Gilbert works for Tulsa Public Schools and says city council needs to go back to basics.

The third candidate is no stranger to city hall. Sam Roop served as District Five's councilman for nine years and wants another shot.

He says the bickering between the mayor and city council has got to stop.

As voters make their choices they hope their neighbors realize what's at stake.