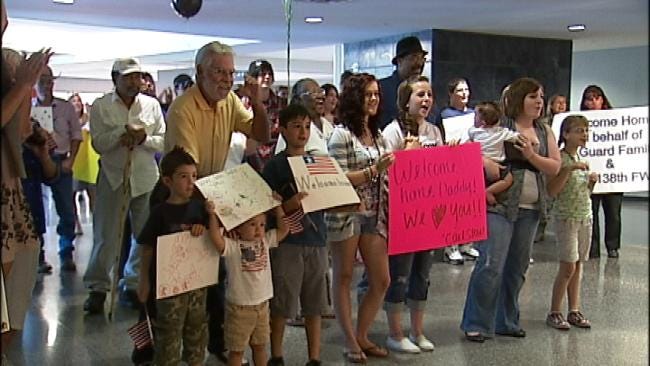 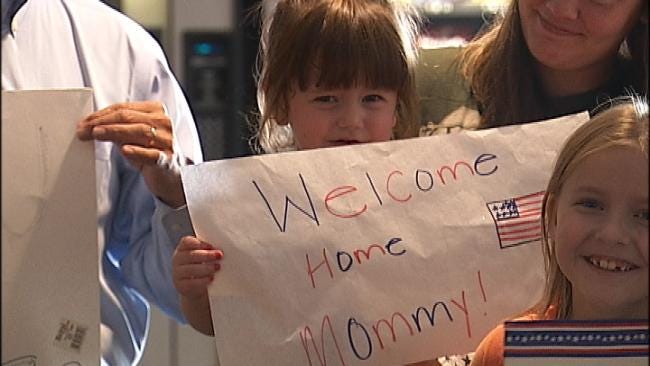 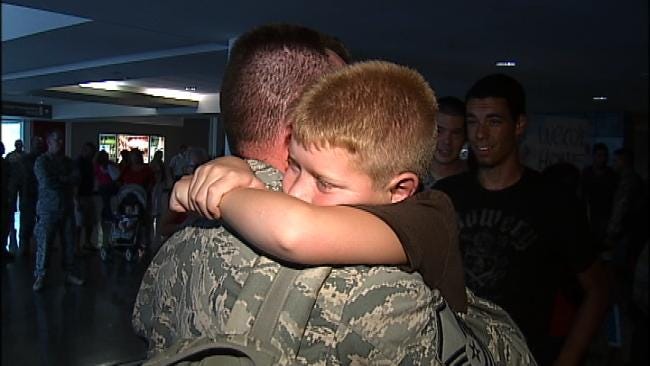 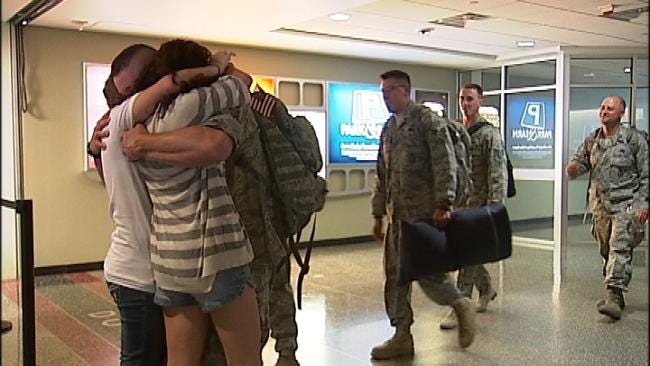 TULSA, Oklahoma -- With each report of a soldier's death, every homecoming becomes that much more special. There was a huge homecoming at Tulsa International Airport Wednesday.

Twenty nine airmen from the 138th Fighter Wing arrived home safely after a deployment to Afghanistan.

Today's reunion for the families comes after a terrible couple of weeks for Oklahoma's guard - with constant news of another casualty. These airmen are glad to be home while they grieve at the same time.

The families gathered early to get ready for the reunion. For Jennifer Osborn, the worry was offset by constant communication.

But nothing beats getting someone back from the war, unharmed.

"It's overwhelming. These guys have grown quite a bit. It's just a fantastic feeling," Master Sergeant Scott Osborn, 138th Fighter Wing, said.

As the families welcomed back their loved ones, other members of the Guard remain in harm's way.  According to the General in charge of Oklahoma's Guard, the previous deployments have been more at arm's length from combat.

"It's not the same as being in a direct combat role as the 45th is in right now, so their mission is much more dangerous," Mayor General Myles Deering said.

As an honor guard moved the casket of another Oklahoma casualty, the Air Guard unit was leaving Afghanistan. That was the body of 2nd Lt. Joe Cunningham and his fellow Oklahoma soldiers were there for the ceremony.