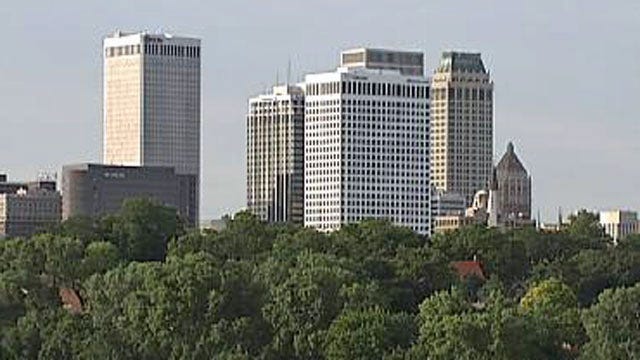 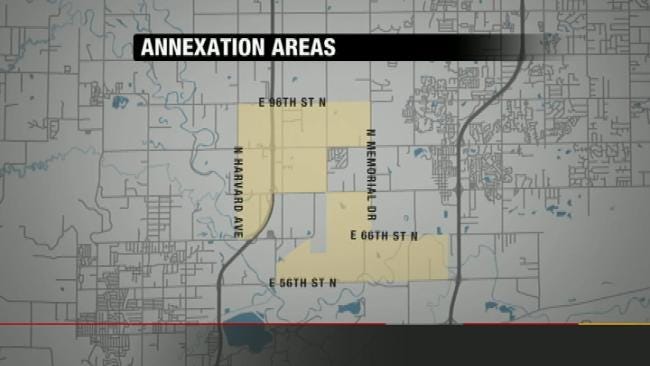 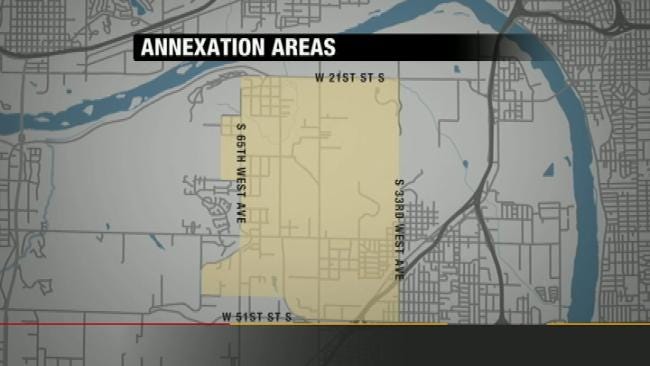 TULSA, Oklahoma -- The City of Tulsa is advancing a plan to annex two areas in North and West Tulsa, before a new state law takes effect that would impact Tulsa's ability to annex land without consent of the landowner.

"This is not just something we thought up. We have real legitimate property owners who want to be part of the City of Tulsa, and develop here, as Tulsans," Mike Bunney, Economic Development Director, said.

On the north side, Tulsa is proposing to annex land within the current fence line from 1/2 mile west of Harvard to the West, to 96th Street North on the north, to Garnett Road on the east, with the exception of the Cherokee Industrial Park.

The current fence line is along 126th Street North from Harvard to Memorial. The annexation would bring Tulsa's Police Academy and Northside Wastewater Treatment Plant inside the city limits.

According to the city, annexing this land would give Tulsa a better chance of attracting jobs because of a current shortage of available industrial land within the city limits.

On the West side, Tulsa is proposing to annex a fence line first, along 51st Street on the south, to Sand Springs on the west, and to the current city limits on the north.

It would include the community of Berryhill.

"I think we have to be very careful to do what the citizens in Berryhill want us to do," Councilor Rick Westcott said.

One of the driving factors is the construction of the Gilcrease Expressway. It's expected to fuel growth on the West side and its being built by the City of Tulsa into what is now land outside the city limits.

"We need to recover our investment and take in those sales tax dollars that are going to be generated. To do that, it has to be within the city limits of Tulsa," Westcott said.

Tulsa would annex the area within the new fence line before the November 1, 2011, effective date of the new state legislation.

According to the City of Tulsa, the new legislation will require written consent of the owners before a city can annex land. The current law allows a city to annex land without consent, provided the city surrounds the property on three sides with land greater than 300 feet wide.

The next step in the process is public hearings to start September 1, 2011.