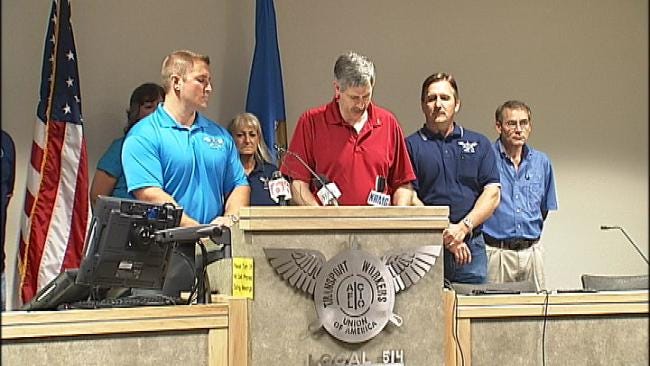 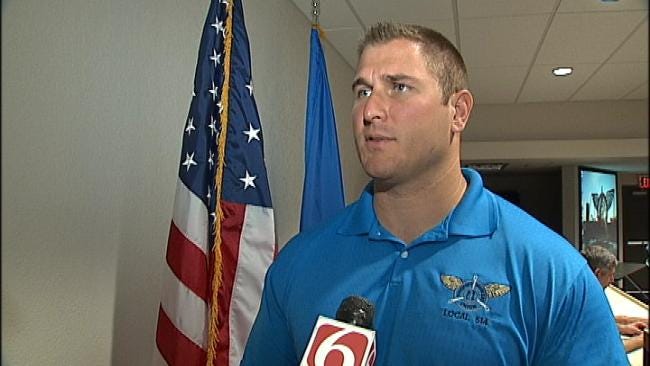 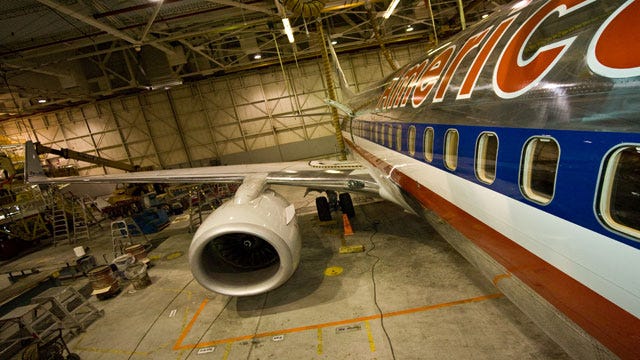 American Airlines is one of Tulsa's largest employers with more than 5600 people on the payroll. Since April 2010 American has been considering a plan that would move more than 230 of those jobs to Dallas.

"I am absolutely concerned, I mean part of my group would be included in the move," said Jason Best, American Airlines employee.

Best is one of those employees whose job may be headed south.

"I've got a seven year old, a five year old, a three year old, and a one year old so the last thing I want to do is move them from a home that we've established here in Tulsa," he said.

The Transport Workers Union made a public appeal Tuesday in an attempt to prevent the move from happening.

The Union says if those jobs left it would mean $14-million taken out of the Tulsa economy. TWU is also accusing American of breaking promises it made to create jobs in Tulsa.

The Union says American has received more than $30-million in state and local incentives since 2003.

"I think they have a commitment when you get the incentives that they have, there's a commitment there to keep jobs here in Tulsa. Like I said, we're trying to grow, we don't want jobs to shrink here in Tulsa....we want the community to grow," said Local TWU President Sam Cirri.

American Airlines released a statement saying the move would improve communications and productivity:

American Airlines announced last year we were looking at moving the Maintenance Operations Center (MOC) from Tulsa, Okla., to Dallas/Fort Worth to be housed with the Systems Operations Control (SOC). Our competitors all use this integrated approach and we believe locating the MOC and SOC together could possibly improve communications between the two as well as increase productivity, reliability and enhance customer service by focusing on our on-time performance.

It's important to remember no decision has been made yet and we are still evaluating industry best practices, operational costs/benefits and the obstacles and risks associated with this change.

We are committed to our operations in Tulsa and have added several hundred jobs in recent months to accommodate an increase in in-house maintenance work.

Union workers say city and state leaders need to work with American to keep the jobs here. They say they're worried but optimistic.

"I always have hope, if nothing else you have to have hope," Best said.

The union says there doesn't appear to be a timeline and, since word first came down more than a year ago, deadlines have been moved back several times.