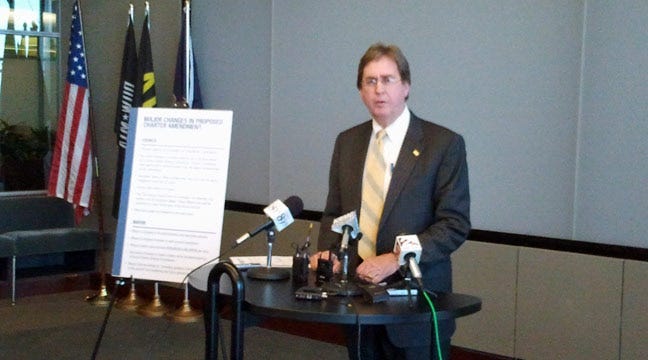 TULSA, Oklahoma -- Tulsa Mayor Dewey Bartlett announced Thursday he plans to veto a council resolution on changing the form of government. The council approved it July 21st, sending the option of changing the government to a public vote this fall.

In basic terms, the Council proposal would weaken the mayor's authority and have them hiring a city manager. The mayor would join the council as the Chair.

Bartlett said the council resolution is too expensive, in that it raises council salaries, and gives council incumbents too much power by creating a 12-year term limit.

Bartlett praised councilors Westcott, Bynum and Eagleton who voted against the measure.

The council is set to reconsider their earlier vote tonight and could amend the original resolution.