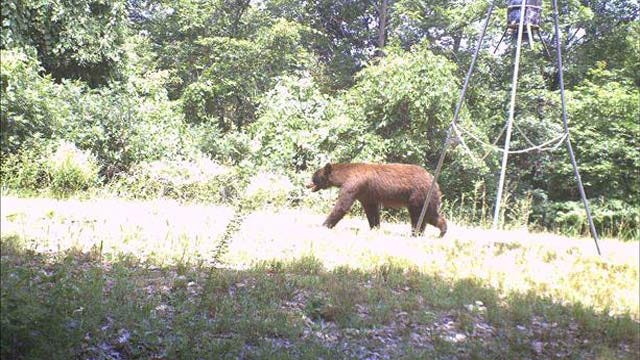 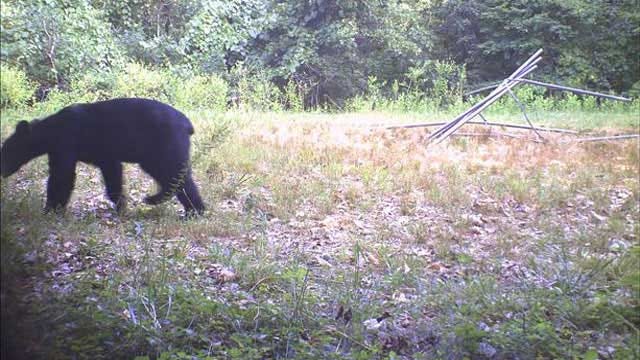 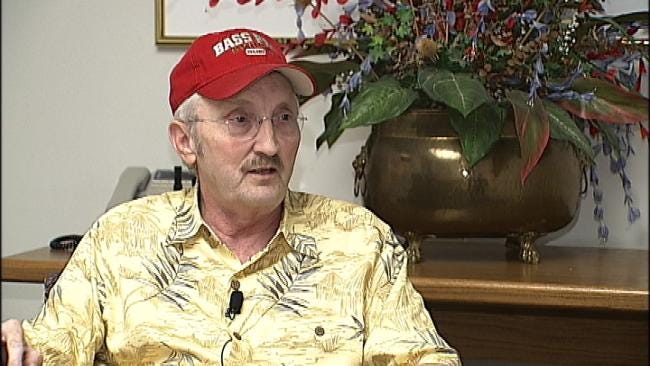 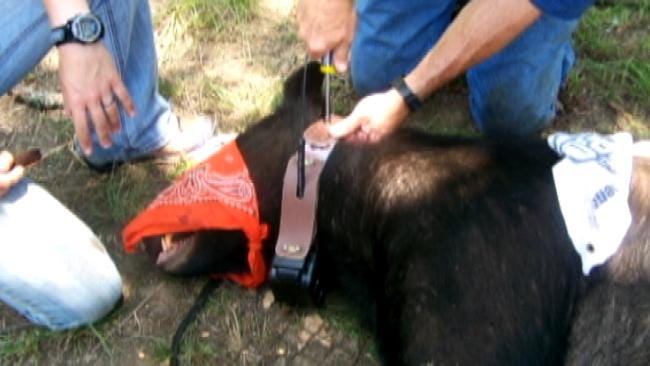 CHEROKEE COUNTY – Not only are Oklahoma's bear numbers on the rise, with our heat wave, they're also on the move.

"Proof positive right there, there's no doubt about it, you can't argue with pictures," he said.

Hardesty's cameras show not just one, but two black bears. They often eat corn from his automatic deer feeders, leaving damage behind.

"He's just a pig, he can't stand to wait for it to drop out of the little thing, he wants to get it all," Hardesty said.

Oklahoma's black bear population is growing, with an estimated 800 in the state.

"Well, there's a lot in southeastern Oklahoma of course, but over the past few years we're seeing more and more of them here in Northeast Oklahoma," he said.

The state is partnering with OSU on a three year research project to study bears in Oklahoma. So far, they've trapped nine, outfitting five of them with GPS collars.

"We'll have them more and more as time goes on I would expect and farther and farther west all the time," Endicott said.

Researchers will learn more about their population, habits, and where they're located. Right now, with our hot, dry weather many bears are moving over larger geographic areas.

So, sightings in more populated areas will likely increase.

"Looking for food and water when it is limited in the woods this time of year." Endicott,

Greg Hardesty will be watching. He calls it a success story, both that he was finally able to capture bears on camera, and that they're becoming more plentiful.

Since bears will likely be on the move in this heat, experts say if you see one avoid it. They say you'll want to make sure you don't leave anything like dog food or trash outside.

If a bear becomes a nuisance, people can contact their local game ranger.