On Pace for a Record Hot Summer! 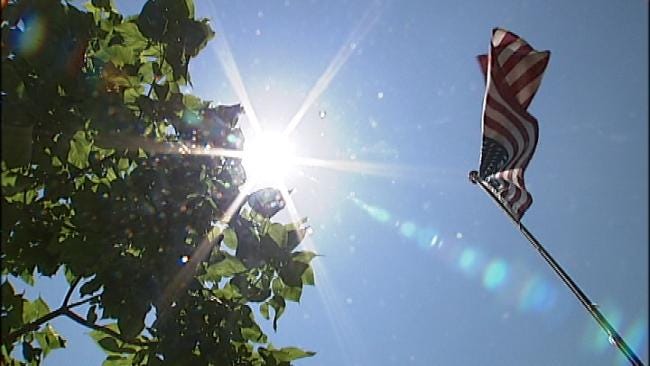 So you think it has been a little hotter than normal so far this summer? Well, turns out that perception is absolutely correct. From a meteorological perspective, we usually consider the summer to be the months of June, July, and August. With that in mind, the summer is now half over and so far the summer of 2011 is on pace to be the hottest summer ever.

We are currently tied with the summer of 1911 for the highest average temperature through July 15. But, that particular summer saw a change in the pattern along about this time of year and August of 1911 turned out to be relatively cool and quite wet.

We can only hope and pray that happens for us this year.

Unfortunately, the short term forecast does not bode well. Triple digit heat will be the general rule for as far as the eye can see with no real relief currently in sight. There will not be much relief at night either with overnight lows in the lower 80s for the urban environment and mid-upper 70s in the outlying areas. Our winds will be light and from an E to SE direction with wind speeds up around 10-12 mph during the day and less during the overnight hours.

That easterly wind component is also keeping our dew point temperatures rather high which results in heat index values on the order of 110 or so during the heat of the day. Those dew points are generally running near 70 during the overnight hours and mixing out into the mid 60s during the daytime hours. That makes the heat even more oppressive. However, that is also just enough moisture for the daytime heating to produce a few, very isolated, late afternoon showers or storms. These will be most likely near the higher terrain locations in the more eastern portions of the state and will not do much to help with either the heat or the drought.

The main culprit in our current heat wave is a ridge of high pressure aloft which is basically centered over the state. All of the longer range guidance suggests this system will remain dominant throughout the coming week. In fact, there are some indications it may build a little further northward. If that is indeed the case and if it should build far enough north, then that would allow for some tropical moisture to work it way up here and possibly produce a slightly better chance of rain. Don't get your hopes up too much though. I am to the point I will only believe it when I see it.

In the meantime, try to stay cool, stay tuned, and check back for updates.

On Pace for a Record Hot Summer!